The Festival of the Arts Returns - 405 Magazine 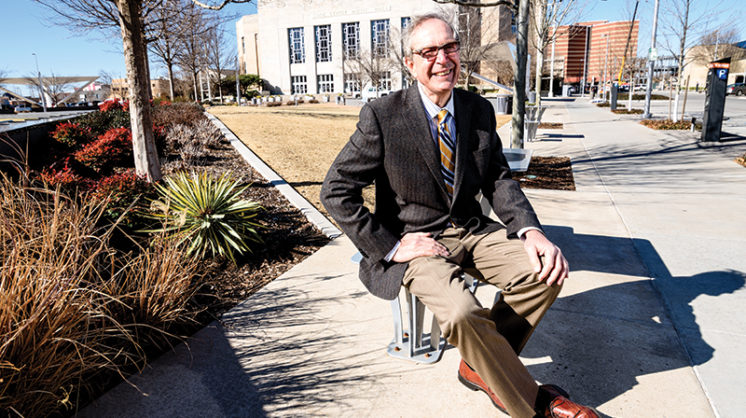 Securing a new home for downtown Oklahoma City’s Festival of the Arts, celebrating its 50th anniversary April 19-24, has been more than a year in the making for Arts Council Oklahoma City.

The move to Bicentennial Park, east of Civic Center Music Hall, marks a return to its original location, one that Arts Council Executive Director Peter Dolese says has great design and features. Returning to its original space – which housed only a couple of food booths at its premiere in 1967 – provided a new approach for one of the region’s most popular festivals.

“It’s got built-in seating, excellent lighting, some grassy areas and a lot of hard space to put tents on,” he explains. “It’s very urban and flows nicely between two beautiful art deco historical buildings, City Hall and the Civic Center, that bookend the park.”

The move was prompted by a need to create space for OGE Energy Corp’s corporate headquarters, originally a four-tower project currently on hold due to falling oil prices and lack of tenant demand. Despite the delay, Dolese says the festival move was inevitable.

“This area will be redeveloped at some point, and relatively quickly,” he continues. “It offered us a unique opportunity to look at other areas, and we felt Bicentennial Park was an exceptional choice for events of this magnitude.”

Since city officials requested the move, it contributed $1.5 million from the Economic Development Trust to help create the new infrastructure at the park, which also will be used for other events.

Necessary to the project was the creation of portable plumbing to provide hot and cold running water for 21 different locations – plus, the festival requires 7,000 amps of electricity, Dolese said. The task was to engineer underground and overhead delivery systems that connect and run the power overhead. There will be no power lines or cords on the grounds to create trip hazards.

“About half of the new system is permanent in the park, and the other half will be stored in trucks and brought out every year,” he says. “It’s all been custom tailor-made to make this park absolutely sparkle.”

Food tents will line the north and south sides of the Civic Center. The layout includes three performance stages, and the art tents will surround the park along the curb lines.

Festival co-chairs Suzi Clowers and Kermit Frank have heated up phone lines and met frequently with staff and the nearly 5,000 volunteers it takes to make this event happen. 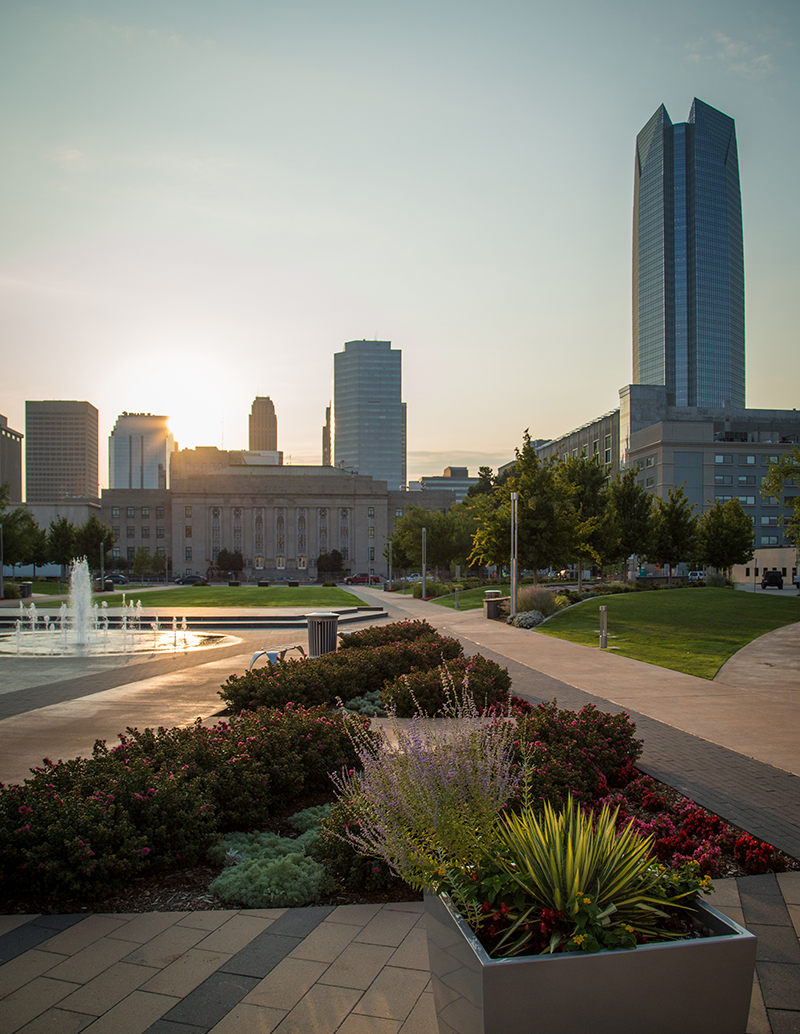 “Suzi and Kevin have a long history with the festival,” Dolese says. “It was serendipitous that it was the 50th anniversary and a year we were moving, because they have a lot of experience with pressure situations and are a great pair to have at the helm during this transition.”

Clowers said she thinks the move was a good idea and likes that the compressed layout allows people to see from one end to the other. Children’s activities, including the Young at Art Mart, Creative Station and a Saturday-only youth art sale, will be located on the City Hall lawn. More than 500 applicants, chosen by a juried process, applied for the 144 spaces available on Artist Square. Clowers and Frank chose “First of Spring” as this year’s poster art – the oil painting is by local artist David J. Holland, known for his cloudscapes.

The food is also juried, and Frank said this year marked one of the biggest responses from the food community. Twenty-one food vendors, including favorites Tad’s Indian Tacos, Strawberries Newport and Café Do Brasil, join newcomers such as Snow S’more and Taste of Soul Egg Roll.

Inside the park will be the usual street performers, sculptor art, balloons and flowers, wine and T-shirt tents and a new VIP tent that gives patron-level donors a place to step out of the crowd, enjoy a glass of wine and mingle.

The sound stages will offer musical and dance performances and Festival Idol, the popular talent contest where young people – kindergarten through 12th grade – compete against each other for the big prize.

The festival once was the only thing happening in a downtown that today has so much happening.

“It’s a first rite of spring, and the community has continued to embrace it as being one of the founding fathers of cultural significance for downtown Oklahoma City,” Dolese says. “We owe it to ourselves to perpetuate it for future generations.”

Visit artscouncilokc.com for schedules, parking information and more. And be ready for revelry.