The Festival of the Arts - 405 Magazine 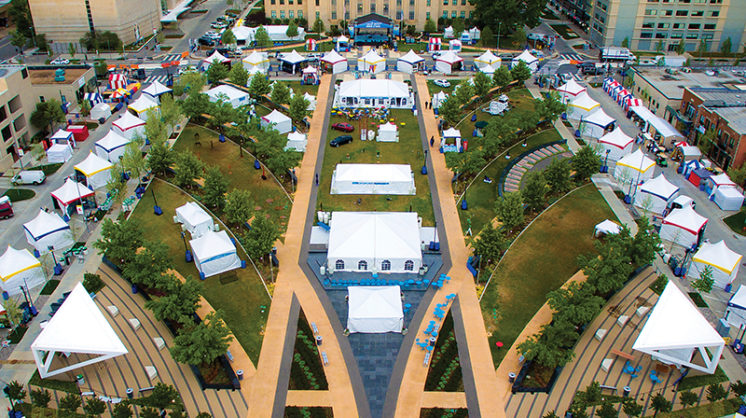 In Japan, it’s picturesque blizzards of cherry blossoms. In England, it’s rooks building their nests and March hares boxing. In central Oklahoma, one of the most unmistakable signs that spring is well and truly sprung is the annual mass migration of art lovers, food enthusiasts and connoisseurs of entertainment toward downtown, where the Festival of the Arts returns April 25-30.

The site is Bicentennial Park, in front of and around the OKC Civic Center, admission is free and on the menu is creativity of all kinds. “There is literally something for everyone who enjoys celebrating the arts and our community,” says Peter Dolese, executive director of Arts Council Oklahoma City. “Whether you’re attending for the first time or you’ve been coming all your life, the Festival of the Arts is without a doubt the most enjoyable art event of the season.”

More than 500 visual artists nationwide applied to exhibit their work, and fewer than a third of them were selected – meaning the resulting array of paintings, sculpture, jewelry and more have been judged and found exceptional. Meanwhile, co-chair Debbie Forshee points out that “there’s exciting entertainment on three stages, with performances spanning numerous genres, including country, pop, folk, rock, rap and jazz,” and her collaborator Steve Bolton adds, “We’re excited that this year’s festival will feature an expanded children’s area.  We’re also excited to see the response to Creation Station’s move to a new, larger location.” Plus, every bite of the tempting food options helps support a local arts organization.

This is as big as events get, and it only comes once per year – so start feeling festive. For hours and more information, visit artscouncilokc.com.