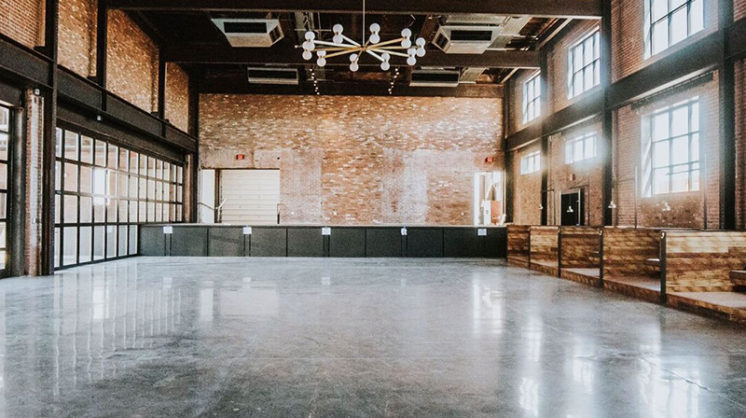 Giving the public a sneak peek of what’s to come at  The Jones Assembly, the Film Row spot will be opening its doors early to host a much anticipated party.

A Very Gary Busey Gala will be held at the downtown site, where food and drink will fill its 20,000-square-foot space, kicking off the festivities for this year’s deadCenter film festival with a bang.

Two historic buildings – formerly part of The Fred Jones manufacturing complex – have been transformed into a 225-seat restaurant with separate downstairs and mezzanine bars, creating a 1,600-person capacity venue for live events.

The Jones Assembly officially opens in June, but will be holding a soft opening on Saturday, May 20 for the special event to honor Gary Busey as an Oklahoma Film icon. The Oscar-nominated star got his big break playing Buddy Holly in 1978.

Oklahoma City-born chef Brittany Sanger, who mastered her trade at Paris’ Le Cordon Bleu, will be whipping up the food, and her business partner, singer-songwriter Graham Colton, is ensuring The Jones Assembly starts (and continues) as an outstanding music venue.

“Honestly, I haven’t played anywhere that compares to this place,” Colton says. “We can completely open up both the indoor and outdoor spaces so that it can operate as a mid-sized venue or a large concert space.”

He says the venue at 901 W. Sheridan is set to host around three large-scale concert events a month.

Project partner Brian Bogert sees the site “setting the stage for an important new tradition for entertainment in the city.

“For everyone involved in this project, this is a moonshot,” he adds.