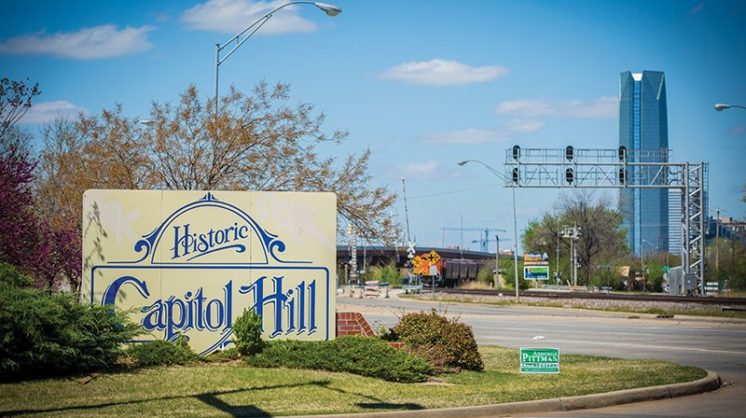 It’s a common greeting from Norma Ericson, a co-owner, and Chantille Hendricks as they take orders from a long lunch line at Grill on the Hill. The cafe is actually at the apex of old Capitol Hill at 324 SW 25th Street in Oklahoma City.

Before 90-year-old “Pappa” Shy Manning leaves after lunch every day, Ericson makes it a point to give him a big hug.

“He and his wife, Jo, come in here even for their birthday parties with their family,” Ericson says with a laugh, pointing to a birthday announcement pinned to the wall.

The familiarity between staff and customers, along with good food, might distract a visitor from the substantial changes that are in store for the rest of historic Capitol Hill.

Although the district is currently a shadow of its previous self, one seasoned real estate developer can see a bright future. Marty Dillon of Uptown Development Group already has started investing in historic Capitol Hill. He’s not the only one who is interested, either: Oklahoma City Community College and the Metro Library System have spent millions in rebuilding some old buildings near SW 25th and Hudson for their services.

But investors may have to wait if they haven’t already made a purchase. In fact, there has been so much anticipation of values increasing, “there’s not a whole lot for sale,” says Brett Fisher, a longtime pawnbroker in Capitol Hill.

The high levels of interest mean the district could undergo major changes over the next 20 years, permanently changing its economic and cultural make-up.

Before bridge improvement and work on the Oklahoma River, there was a geographic barrier between the south and north sides of Oklahoma City, reinforcing the cultural divisions between them. Now, new infrastructure and housing development could mean a blending of cultures previously unthinkable.

The Central Park being built downtown is part of a larger “Core to Shore” design, calling for development to jump south of I-40 and extend all the way to the Oklahoma River. And the river is only eight blocks north of SW 25th and Capitol Hill. The new MAPS 3 Convention Center will sit just 18 blocks to the north.

The pace of this work was slowed due to changes in the convention center’s location and now the energy sector’s economic downturn. But the eventual merging of Capitol Hill and downtown into one larger district could slowly dissolve previous cultures there. The white, older working-class Capitol Hill and the more recent Hispanic Capitol Hill could give way to a new blend of cultures yet to be defined. 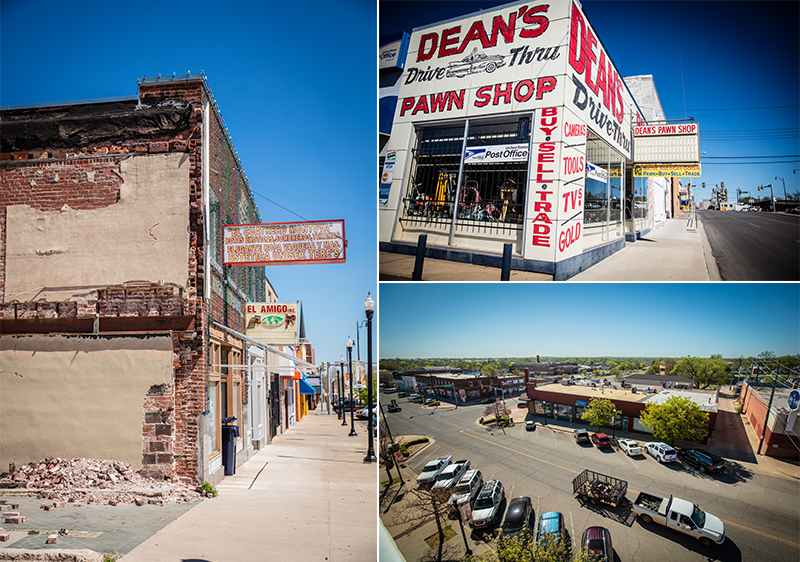 Are the developments targeting upper-income professionals who are seeking a hip, urban lifestyle with the Central Park as its center? The large-scale, attractive designs of these developments in the area lend credibility to that speculation. There isn’t much of a counter-argument, either, since there has been no public talk to date of actually blending low-income or Section 8 residents into the new developments.

When a new economic culture arrives only blocks away, change will come to Capitol Hill. Will the district become Oklahoma City’s version of Brooklyn, New York, where the previous working class is simply being replaced by urban professionals? Or will Capitol Hill be a unique blend of several economic and ethnic cultures?

The current strength and increasing educational opportunities of the prevailing Hispanic culture in the district indicate the possibility that a unique blend will emerge.

Two public institutions are spending millions to be even more effective in reaching the prevailing Hispanic culture of Capitol Hill, affecting all-important literacy. Economic and political strength from deeper engagement with the rest of Oklahoma City could be the result. If Hispanics in south OKC continue on their trajectory of increasing educational and economic strength, by the time higher income professionals of many ethnicities arrive, the prevailing culture could force a blending rather than the Brooklyn-type replacement process.

OCCC takes the Capitol Hill district and its Hispanic culture so seriously, it already has spent $3.3 million on just the first phase of the new Capitol Hill Center at SW 25th and Hudson.

The shell of the former Katz Drug and Langston’s stores on that site are being used. Two more phases are planned.

“I think that it reflects the heart and the passion of OCCC,” Jessica Martinez-Brooks says. “We really care to meet students at whatever level they are coming in.” 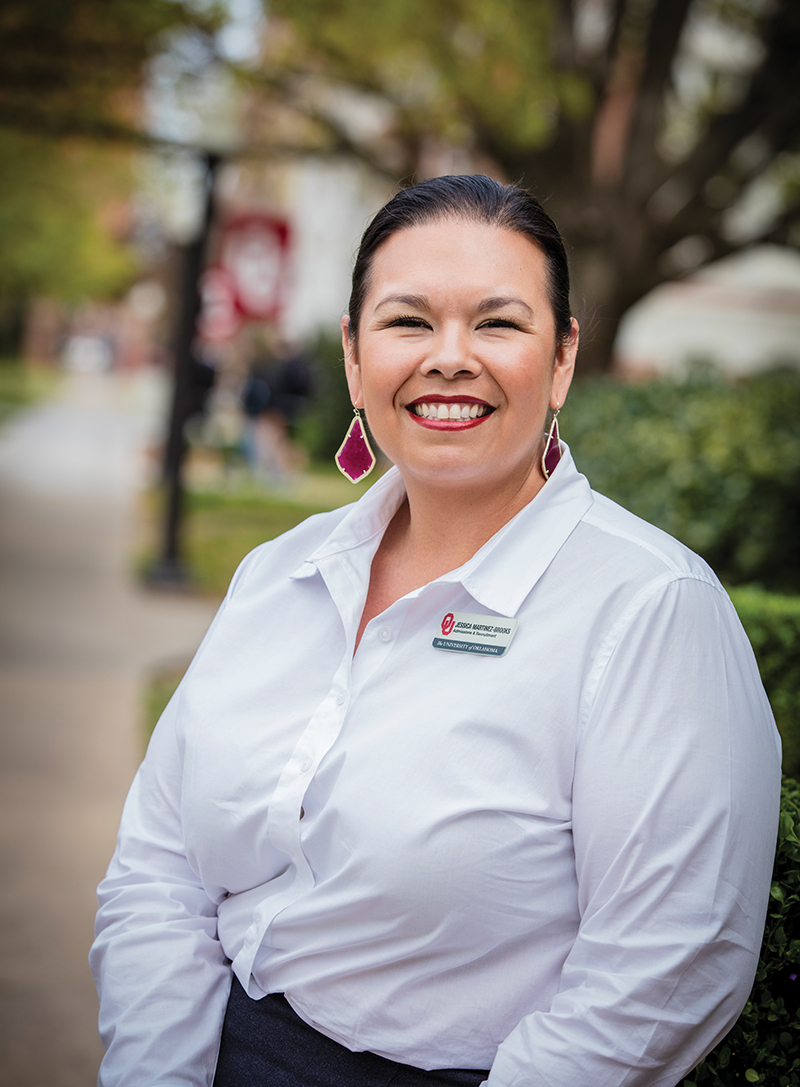 Martinez-Brooks was the director of Community Outreach and Education for OCCC as the Capitol Hill Center construction began, and now works for the University of Oklahoma.

After three moves to get more permanent space, OCCC made a commitment to the Capitol Hill area.

“We knew we needed a permanent home,” Martinez-Brooks says. “We couldn’t keep renting space and develop programming how we wanted it, and based on community needs of both the students and their parents.”

Merging funds with money Oklahoma City granted from tax increment financing districts and “brownfield” grants to remove asbestos, OCCC was able to launch its building project on the corner.

The Metropolitan Library System is staying, too. Rather than abandoning Capitol Hill, the library system is investing heavily in the future of the population. With funding help from Oklahoma City, MLS is investing $4.1 million for extensive renovation of its building at SW 26th and Hudson, just one block south of the new OCCC location.

“There’s been a big resurgence of families and children, and there’s a huge need for access to electronic media there,” says Todd Olberling, director of construction management for the MLS. “We have a great after-school program with children that come down the street from the school. And so there’s a huge need there.”

“The Capitol Hill district is just south of downtown and has tons of potential,” says Marty Dillon – along with Mike Dillon, the principals for the Uptown Development Group.

They bought the Tower Theater on NW 23rd when most everyone else considered the property to be too toxic to touch. In 2014, Jonathan Dodson, David Wanzer and Ben Sellers bought it from Uptown to complete its transformation for multiple uses. With the recent relighting of the marquee, the Tower has gone from eyesore to jewel. 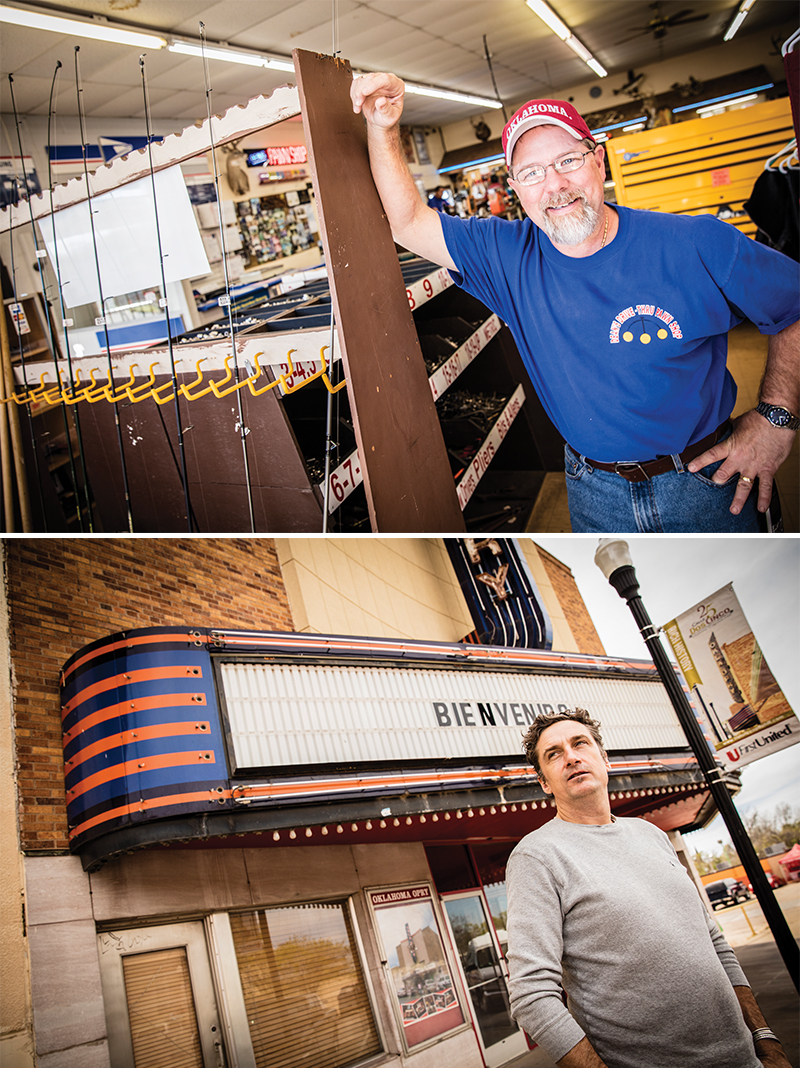 Uptown Development seems to be good at making bets on property, and they’re betting on Capitol Hill. They bought the old Knob Hill Theater and connected buildings that lie just across the intersection from the OCCC Capitol Hill Center.

Fisher said that he started hanging out in his dad’s pawn shop in Capitol Hill when he was 5 years old. Today, he is in his 50s and still going to work in the pawn shop his dad started.

He has some investments in Capitol Hill, but his “stuff is all old, old investment” from way before any public talk of a Central Park in downtown or Core to Shore. He isn’t selling any of it right now; it has too much future potential.

It’s the anticipation of future value that makes it so hard to find any properties for sale along SW 25th right now.

“Everybody is just kind of waiting to see what’s going to happen with the river, and all that stuff,” Fisher says.

With development slowing, the area’s Hispanic culture will have even more time to develop economic depth and gain political strength in Oklahoma City and the state. So it’s not likely to be just a case of one economic class replacing another as in so many other gentrification processes. It will be a much different and far more interesting dynamic.