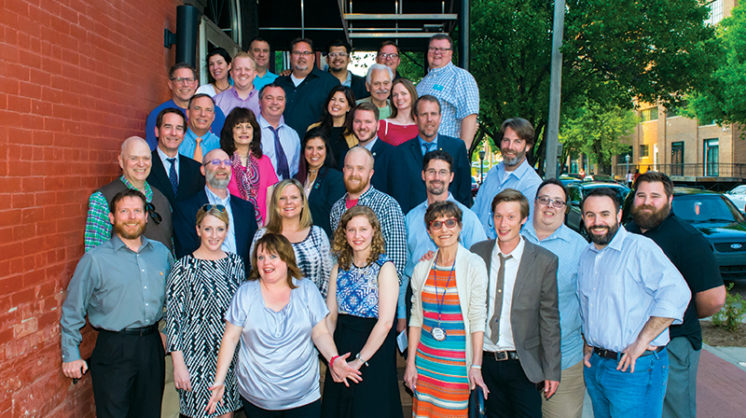 The concept isn’t new – coming together to do good works as a group has a rich history, and Rotary International members have been devoted to “service above self” for more than a century now. Nevertheless … these aren’t your grandfather’s service clubs.

Sandy Wright presides over Bricktown Rotary, which meets after work during “happy hour” – and several members enjoy an adult beverage sitting in front of them versus a rubber chicken and rice lunch. When the meeting is over, they are in no hurry to leave.

Catherine Lippert, co-chair of Code for OKC, helps set up folding tables and chairs at Prototek, a somewhat dingy, utilitarian “makerspace” at NW 10th and Hudson. After quickly grabbing slices of pizza from boxes, members open their laptops and start collaborating on a project.

Populated by folks who have very different ways of doing it, Bricktown Rotary and Code for OKC are new models for community service work.

In earlier years, the dominant service club scenes were of besuited businessmen meeting for one hour at breakfast or lunch, quickly leaving afterward for work. Then their weekend pancake breakfasts or chili suppers would raise money for charitable causes.

That still happens in many service clubs today, but in larger urban areas like Oklahoma City, the model is changing to a productive service mode.

Cynics might wonder whether the 45-member Bricktown Rotary is basically a drinking club that gets little done. Wright would disagree. 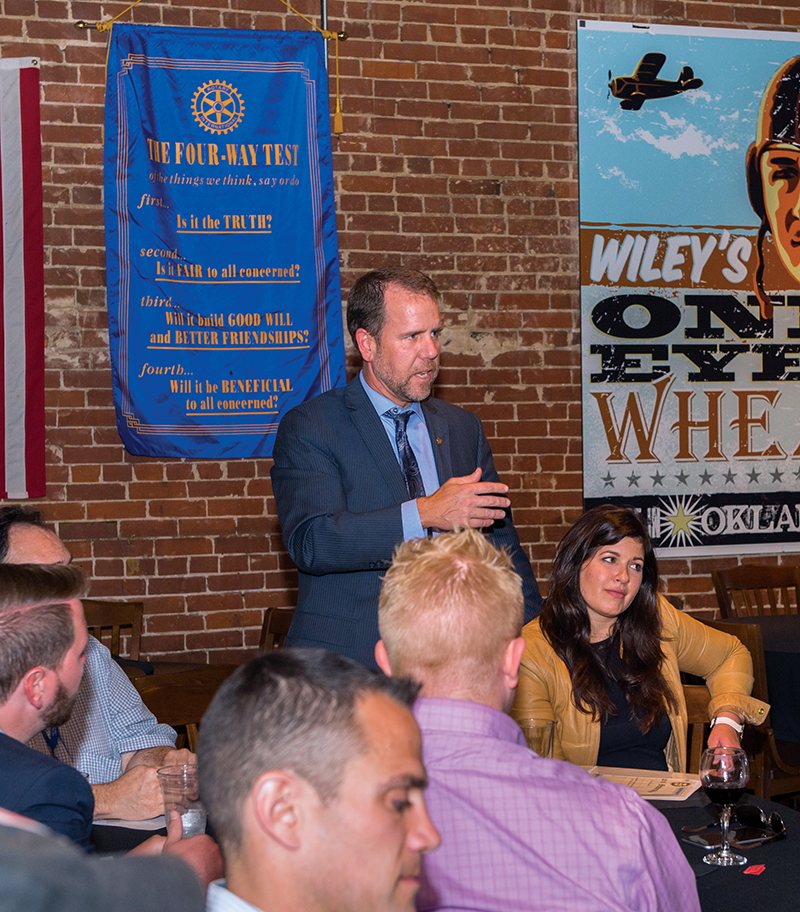 It’s hardly the work of a club only interested in schmoozing.

The club was formed in 2003 and has met at the Bricktown Brewery since. “They wanted from the start a different dynamic in a service club,” Wright says about its founders.

“Meeting after hours with a couple of drinks provides people with an opportunity to be in a very relaxed and engaging atmosphere,” she says. “You’re not rushing to get back to work.”

Others are finding the evening meeting time to be helpful, too. There are 13 Rotary clubs in Oklahoma County. Four of them meet after work, which reflects the new desires of people who are not in traditional work or family situations.

Code for OKC embodies a newer type of service organization, a child of the digital society. Rather than declining, today’s service clubs and work are changing in both form and substance.

There’s no ringing of a bell, formal structure of meeting or formal membership. They only have a connection as a Meetup.com group. You belong if you are passionate about a specific project.

Instead, what the 10 to 15 members of Code for OKC have in common are basically two things: their coding skills and their desire to promote “data transparency” and open government. They are currently writing code that will let the public view the Oklahoma City budget online.

“I think having the budget in a visual format will engage OKC residents,” Lippert says.

But if they get good money for coding at their day jobs, why put in unpaid time after hours?

“Coding isn’t just work,” Lippert says. “It’s creating something out of nothing. It is the most satisfying feeling to work hard to create something you’re proud of.”