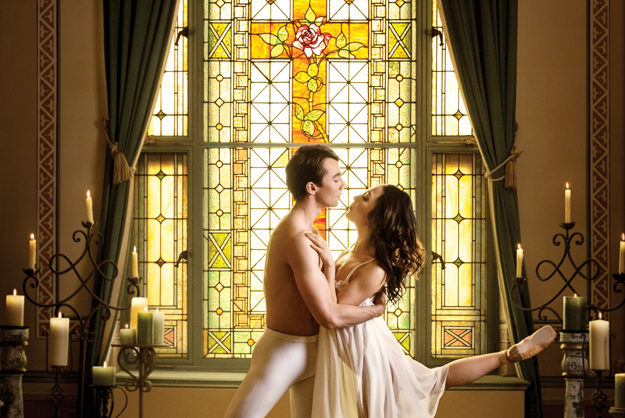 of performances from the Oklahoma City Ballet, and in conversing
with Artistic Director Robert Mills, it quickly becomes clear that the key word is “more.” He enthuses, “More performances, more dancers, more guest choreographers, more ballets using the Oklahoma City Philharmonic and on and on. Overall, this is our biggest season to date.”

It’s also a slate filled with innovation, as demonstrated by three-quarters
of the performances being listed as premieres. While the stories and even the music might be familiar, Mills explains that it’s the dance itself that’s new, as a premiere represents the first performance of a freshly choreographed version. “You can liken it to different Hollywood
directors taking on the same classic story.  You may get very different interpretations.”

Whatever spin (so to speak) the creators put on their inspirations, audiences are in for a magnificent season as the company unveils a series of thrills, starting posthaste.

The season begins with a beautiful union of old and new, with a story that’s been a classic for over three centuries now and a visual telling that’s never been seen before. This combination of downtrodden waif, cruel stepmother, selfish and clumsy stepsisters, handsome prince and happy ending (thanks to a special slipper) is the brainchild of Ballet Master Jacob Sparso, who previously brought OKC Ballet audiences signature versions of “The Wizard of Oz,” “Carmen” and “The Phantom of the Opera.” Calling Sparso “a brilliant storyteller,” Mills enthuses about the beautiful sets, skilled artistry of the performers and costumes by British design expert Alun Jones, and says, “There are certain ballets that I just will not consider without live orchestra, and ‘Cinderella’ is one. The music is sublime, and it is a very special thing to have it live. The audience will love the experience of the OKC Philharmonic bringing Prokofiev’s score to life.”

Last year was huge for this annual tradition – the Ballet broke a 50-year record for number of Nutcracker tickets sold in OKC. But don’t expect that new record to hold for another half-century; Devon Energy’s $500,000 contribution this April is going to mean audiences are in for (here’s that word again) more. Emmy-winning set designer Gregory Crane and impeccable costume designer Susanne Hubbs will lend their talents to enhancing this refreshed version of the holiday classic. “I created a version that I feel is in keeping with the original idea of the ballet,” explains Mills, “and I wanted to give Oklahoma City a wonderful, fanciful production that families can enjoy together. I am so excited to debut these new designs.”

(Author’s note: Mills didn’t outright dismiss my suggestion of shaking up the story by making Herr Drosselmeyer a time-traveling vampire ninja, but I wouldn’t bet on seeing that twist this year. They’ve already done most of the costume work, after all.)

If that weren’t enough enticement, the company is even increasing its performances from 8 to 10, allowing more opportunities for families to witness this seasonal wonder. 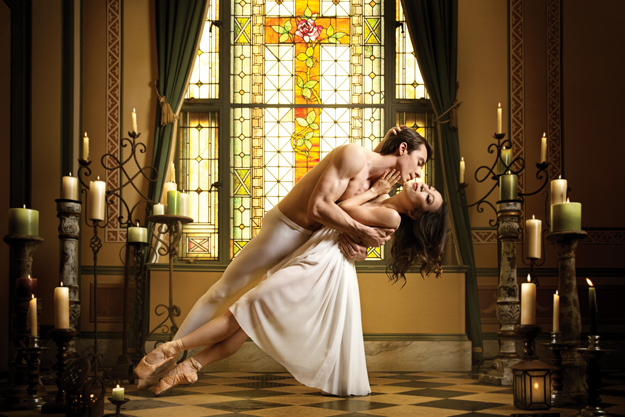 One of the most famous plays ever written, filled with exquisite speeches and turns of phrase, transcends its original medium to share a new facet of the titular star-crossed lovers. “Translating it from the written word to the ballet stage,” Mills says, “is easier when the music is so perfect. To me it is all in the music and with the power of dance and our incredible artists, words are not needed. It is all there in the movement.” That music, also a Prokofiev score, will be provided live by the OKC Philharmonic – and this Mills-crafted original’s swirl of lush scenery and timeless characters is the first version of this work performed in Oklahoma City in almost 10 years. You’ll find it worth the wait, especially considering that it’s scheduled for Valentine’s Day Weekend. 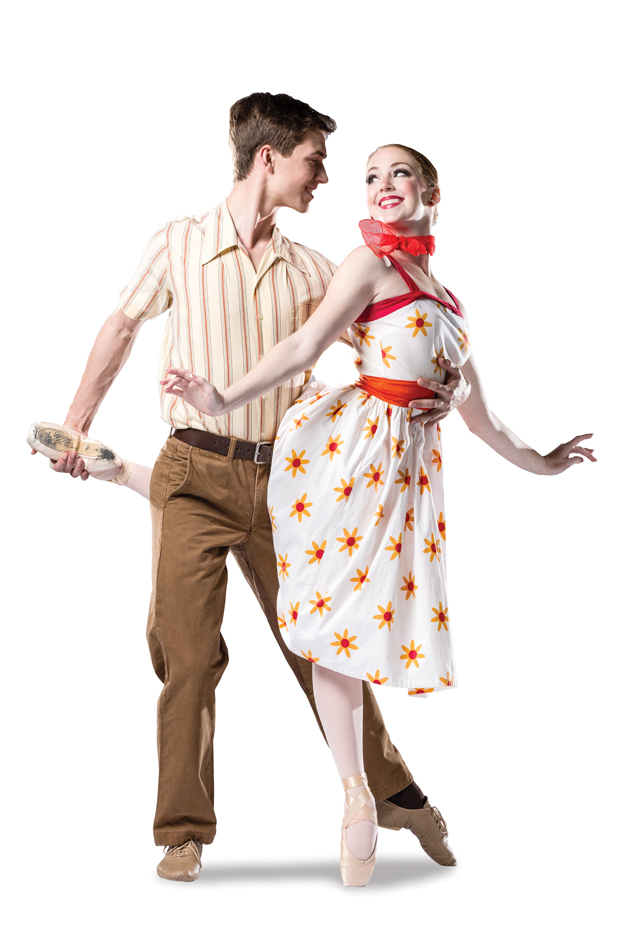 How about a little something different? This season-ending show is a triad of unrelated short ballets, each arranged by a different choreographer, that when seen together showcase the versatility of this venerable art form. Mills explains that he was interested in challenging perceptions about ballet: “I wanted to put together an evening of three different works that all use contemporary or popular music, and that also incorporate a more modern sensibility in the movement.” By making use of more modern styles and sounds, he hopes audiences will embrace the idea of ballet being able to encompass more than merely “tutus, tiaras and Tchaikovsky.”

And that thought led to this collection. “Dear Miss Cline” is an Oklahoma premiere of a lighthearted piece set to the music of the divine Ms. Patsy Cline and choreographed by rising star Amy Seiwert; the Houston Ballet’s Stanton Welch choreographed “Play” using the pulsing electronica of Moby; and the crooning of Frank himself is laced through “Nine Sinatra Songs,” a spectacularly stylish piece from the legendary Twlya Tharp. By the way, that makes this show the first time the OKC Ballet has performed Tharp in its 43-year history, a milestone Mills hastens to point out is “a very big deal.”

“I am excited to show Oklahoma City another side of ballet AND I am thrilled that it proves the strength of the company we have built that we can dance these three works by such significant choreographers.”

Give It a Whirl

Season tickets are on sale now for the 2014-2015 set of performances in the OKC Civic Center; so are single tickets to “Cinderella,” but they’re selling quickly, so by the time you read this the metaphorical clock is probably about to strike midnight. For more information, visit okcballet.com or call 848.TOES.