The OKC Philharmonic Begins a Season of Highlights - 405 Magazine 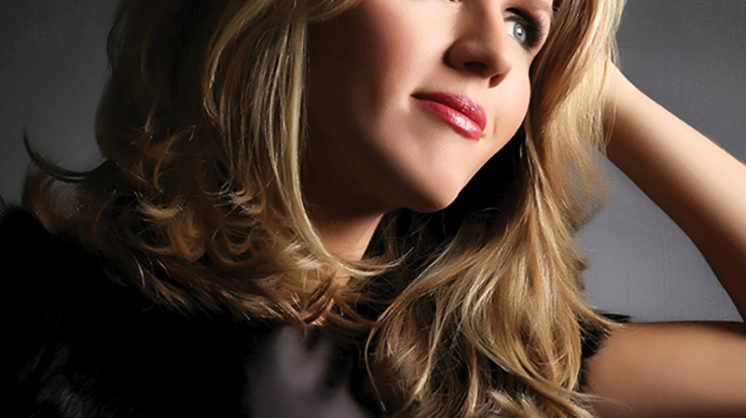 A musical composition that starts out at full intensity and continues without abatement would quickly grow cacophonous – But a season of musical performances in which each concert is an utter blast is not only a promising idea, but on the verge of getting underway. The OKC Philharmonic has lined up a slate of 14 installments in its classics and pops series between now and May 2016, and there’s not a sour note in the bunch.

“Every concert just has something special about it,” says Executive Director Eddie Walker, citing the 15-percent increase over last year’s sales at this point in the calendar as an indication of the energy and overall zest this season has in store.

Music isn’t the only spectacle this season has in store – the Orchestra League’s inaugural Maestro’s Ball is set for Oct. 17, and in addition to a lavish dinner and party, they’re building off the concert’s theme of “Tall Tales, Magic and Majesty” by welcoming international man of legerdemain Rob Lake for an eye-popping show.

Visit okcorchestraleague.org for tickets before the opportunity vanishes.

DIRECTOR’S COMMENTARY: “Augustin Hadelich is someone we’ve been trying to bring to Oklahoma City for, I’d say, four years. We’re also featuring two artists in this Classics series who are from Oklahoma: Joshua Roman and Sarah Coburn, who have international careers, so that’s going to be special. The other thing about this season is that it offers some of the best classical repertoire out there, from Pictures at an Exhibition to the Firebird Suite to Tchaikovsky’s Pathetique Symphony.

“Joshua Roman is going to do the Mason Bates cello concerto, which was composed for him – it’s energetic, it’s exciting, I think the audience is going to love it. We’re doing the Butterfly Concerto; totally unknown to us, we weren’t familiar with the piece, but [Robert] Moody, who is the guest conductor, had done it and said ‘Take a listen to this’ – and we fell in love with it. Never been done here before. I think Joel [Maestro Joel Levine] has done a fantastic job of putting the classics together.”

An orchestral take on one of the best-selling bands of all time. Walker grins, “We’re going to offer this music in a way that the Eagles can’t. ‘Desperado’ and ‘Hotel California’ with lush strings, ‘Heartache Tonight’ with a pounding brass section behind it – it’s going to be an Eagles experience that nobody but an orchestra can offer.”

The theme is the same from year to year, but with the help of guest singer Michele Ragusa the show that’s been an OKC family hit for two decades remains fresh, fun and festive. Jingle jingle!

A surge of musical power from the creative team behind Les Miserables, Miss Saigon and more Broadway shows. “I saw this in Indianapolis when they premiered it,” says Walker. “Full orchestra, big chorus – you’re just kind of in tears at the end.”

The most famous four notes since Beethoven’s Fifth are only the beginning in an evening packed with music from the Bond series and other spy thrillers. Dame Shirley Bassey is not expected to perform Goldfinger, sadly, but the show will still impress the living daylights out of listeners.

Definitely a highlight among highlights, the triumphant return of OKC’s own Emmy- and Tony-winning singer and actress will be a new, smashing production that will, we fearlessly predict, be a sellout. Do not sleep on tickets.

A symphonic tour of five decades of classic rock and pop, Walker says it spans “from Frankie Valli to Simon and Garfunkel, and everything between and beyond: ABBA, Neil Diamond, the Beatles.”

Something for the Kids

On top of all these musical goings-on, the orchestra also wants to instill a love of instrumental performance in the next generation of listeners – so kids aged 4 to 13 are invited to the hour-long educational concerts of the Discovery Family Series. Calling this year’s “maybe our best ever,” Walker enthuses about the opening cowboy-themed Wild, Wild West performance; the closer Peter and the Wolf; and in between, a jazz/blues/gospel-fueled celebration of Black History Month.

More information about any or all of these shows is waiting at okcphilharmonic.org, or call 842.5387 to discuss tickets for the season, individual shows or flexible mini-packages.