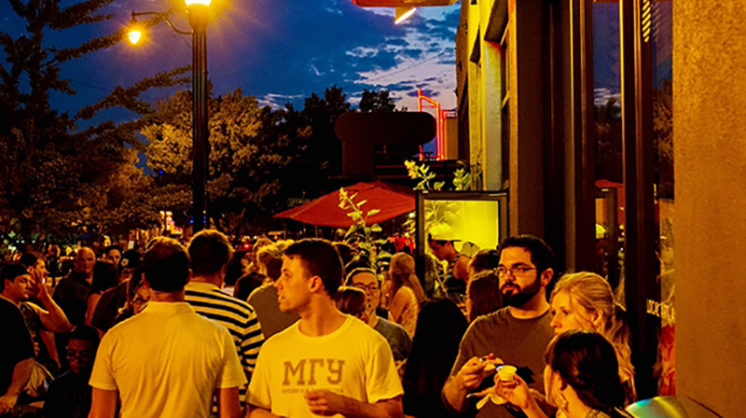 To say that OKC’s Plaza District has been having a good decade would be a fairly colossal understatement – the stretch of NW 16 Street went from largely overlooked to rejuvenated to bustling to booming, and the progression hasn’t stopped yet. That exceptional growth gives its residents, retailers, restaurants and supporters plenty to celebrate, so in the short term, don’t expect the area to be any less crowded: the Plaza District Festival returns Sept. 26.

This annual shindig is the (much) bigger brother to the monthly gathering LIVE! on the Plaza; Plaza District Executive Director Cayla Lewis explains that the festival encompasses more visual artists, live music onstage, more activities, more food trucks … “It’s more of a huge block party,” she says. “I would say it’s LIVE! on the Plaza amped up quite a bit.” Speaking of enlargement, she adds that the festival’s growth mirrors the district’s. “Whereas three or four years ago we were expecting 8,000 [visitors], now we’re expecting around 30,000.”

The event is free to explore from noon to 10 p.m., and in addition to the tastes, sounds, playfulness and overall fun (including a blanket fort), attendees will receive something that can’t be faked: grassroots authenticity.

“It’s a celebration of ‘local,’” Lewis says. “We have only local musicians, only local artists, all of our businesses are locally owned … it’s like all of your friends are gathered together to do what they’re really good at or to enjoy each other’s company.”

Bigger genuinely is better sometimes. Get a full list of performers and more information at plazadistrictfestival.com, and get ready to add yourself to the mix.