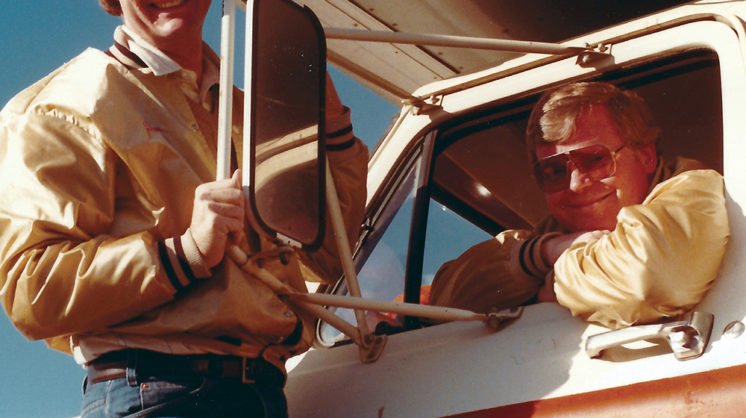 “There’s a full moon over Tulsa, I hope that it’s shining on you … ”

It was 35 years ago, in June 1982, when listeners of Oklahoma City’s classic rock station 96X were startled by the sudden twang of country music. The David Frizzell/Shelly West duet “You’re the Reason God Made Oklahoma” looped repeatedly for 24 hours, prompting calls from irate listeners, questions from the media and eventually even bomb threats against station personnel. It was during that time a new radio giant was born, and its legendarily goofy morning team, Dave & Dan, became a smash hit.

“Dan and I began working together in the summer of ’82,” says Dave Murray in a rare interview from his home in Estes Park, Colo. “I remember our first morning on the air, we got through and looked at each other and said, ‘There goes that idea. This will never work.’

“Because we thought we were horrible,” he adds. “We didn’t know each other. But the minute we were off the air, the manager came in, wringing his hands and said, ‘Boys, I think we’ve got something here. Just keep at it.’ And we kind of looked at each other and said, ‘Is this guy crazy or what?’ By September, we were simulcast on both the AM and FM stations, and the rest is history.”

Dave & Dan and their sidekick, news anchor Nate Webb, rode the wave of country popularity from the “Urban Cowboy” days in the 1980s through what they call the “Garth Years” in the 1990s and beyond.

“We were number one in the mornings for 11 straight years from 1985 through 1996,” Murray says. “At one point, we had more audience than the next four morning shows combined. I still take pride in that.”

Back in 1982, Murray said, country music was much different than it is today. Artists such as Dottie West and Tammy Wynette were still going strong, as were T.G. Sheppard and the Oak Ridge Boys. He chuckles when he thinks of KXY’s official theme song, the one that started it all. 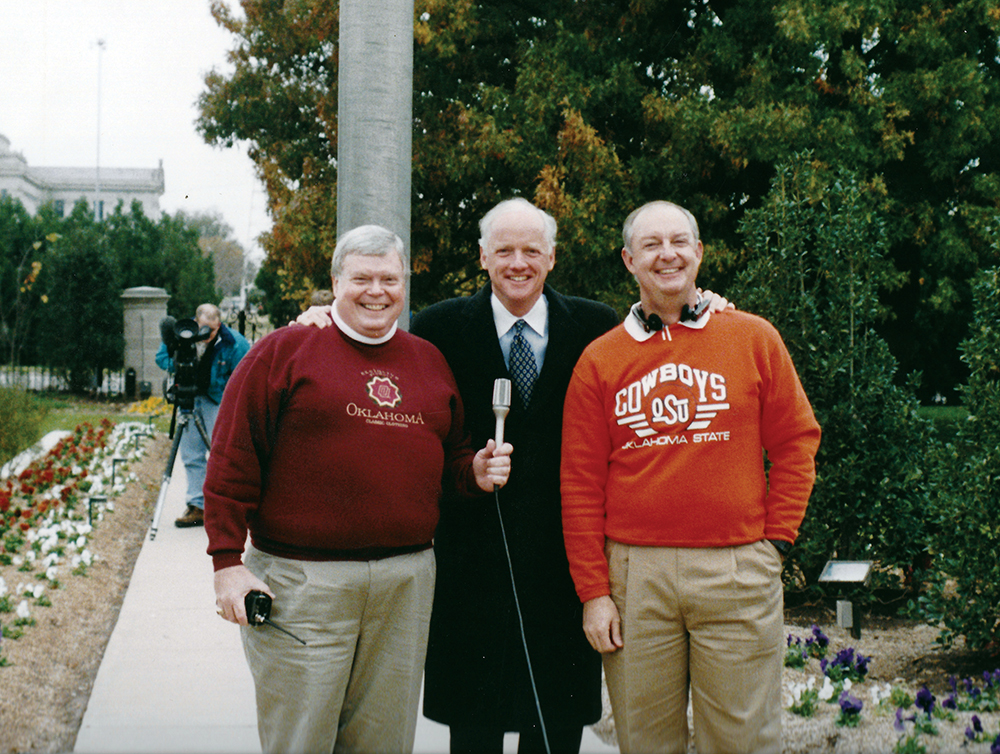 “Someone asked me how long it had been since I heard ‘You’re the Reason God Made Oklahoma,’” he says. “I laughed and said, ‘Not long enough!’”

Murray retired in 2005 and moved with his wife to Colorado. Dan Stroud remained on the air after Murray’s departure. He died in 2014.

Today KXY remains on the air, celebrating its 35th anniversary in June, with longtime Oklahoma City personalities Bill Reed and Shawn Carey filling Dave & Dan’s shoes. Murray says he sometimes misses doing the show, but doesn’t miss some of the crazy stunts they pulled, such as living on a billboard on Meridian Avenue for two weeks or waking up at 3:30 in the morning to be on the air by 5 a.m.

“I have some fond memories of those days,” he says. “Dan and I offered the listening public a good, clean show with lots of fun. People could listen to us with their kids and not have to worry about having to explain something to them or quickly changing the dial because they were going to hear words or jokes that were inappropriate for a family. I am still proud of that.

“I guess what I would like to say most to the people who were listeners is thank you for making my dreams come true,” Murray adds. “When I was growing up in Moore and listening to the Oklahoma City radio stations, I wanted, even then, to become a radio personality and work in Oklahoma City. To do that and be number one in the ratings for so long really was my dream come true. So thank you, Oklahoma!”