The Stars Align at OU for Galileo’s World - 405 Magazine 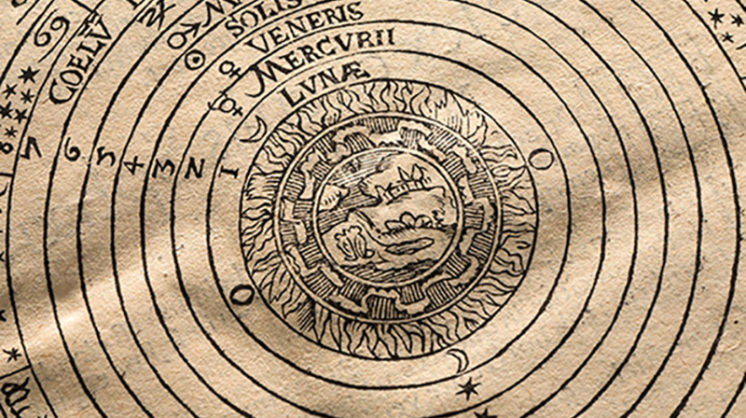 As the University Of Oklahoma celebrates its 125th anniversary this fall, the stars truly will align when a first-of-its-kind historical exhibition comes to seven locations across the university’s three campuses.

OU Libraries is sponsoring Galileo’s World, which has pooled all 12 first-edition manuscripts the noted Italian astronomer, physicist, engineer, philosopher and mathematician published during his lifetime. Four of those editions contain Galileo’s own handwriting.

The exhibition will feature 300 rare books, instrument replicas, digital resources and student projects in 20 themed exhibits. Kerry Magruder, curator of the university’s History of Science collections, notes this will be the first time all 12 Galileo manuscripts will be on display at any one time in world history.

“It’s a wonderful opportunity for the public to come,” Magruder says. “Every Oklahoman has the right to take pride that a little bit of Tuscany has been planted in our soil.”

The works will be on display in Norman, Oklahoma City and Tulsa. In addition to Bizzell Memorial Library, Norman sites include the Sam Noble Museum, the National Weather Center, Headington Hall student residence center and the Fred Jones Jr. Museum of Art.

Planning began in 2012, and different portions of Bizzell have undergone renovation since to coincide with the exhibition and anniversary … including a one-tenth scale model of the Tower of Pisa being installed by the College of Engineering.

The exhibition officially opened Aug. 1, but Magruder expects most to get their first look during the open house set for Sept. 5 from noon to 5 p.m. The event intentionally coincides with Oklahoma’s first home football game against Akron, which kicks off at 6 p.m.

OU’s History of Science Collection dates back to 1949, when oilman and alumnus Everette Lee Degolyer loaned 129 rare history of science volumes to the university.

The collection now approaches 100,000 volumes, which are stored in climate-controlled vaults in the library.

“It’s a special collection known to researchers around the world,” says Magruder, noting an endowed fellowship exists allowing scholars to travel to Norman to study the works. “Every student at the university can take a course (on the subject). Every semester, students are working with rare books at our reading room just as they might work with a state-of-the-art microscope.

“This part of the experience we have always given our students. What we have not done is make it available to the public, and that’s what we’re doing.”

Galileo was a titan in his field. Albert Einstein called him the father of modern science.

Noted skeptic Stephen Hawking ceded Galileo probably had more responsibility for the birth of modern science that anyone else in history.

A $500,000 endowment from the university’s athletic department made possible the acquisition of three of Galileo’s works.

“How many Big 12 athletic programs are donating rare books to the library?” Magruder says. “I think this is an illustration of the remarkable vision (Athletic Director) Joe Castiglione and the athletic department has for the university experience.”

“It’s been set up to be very accessible,” Julian says. “You don’t have to be very knowledgeable about science in general to get a lot out of it.”

For those who can’t attend, Julian said each work is currently being digitized and put on display online. Links to lesson plans also will be available.

“That, in itself, is another presentation of the library moving just beyond a book,” Julian says. “We are a service for the community.”