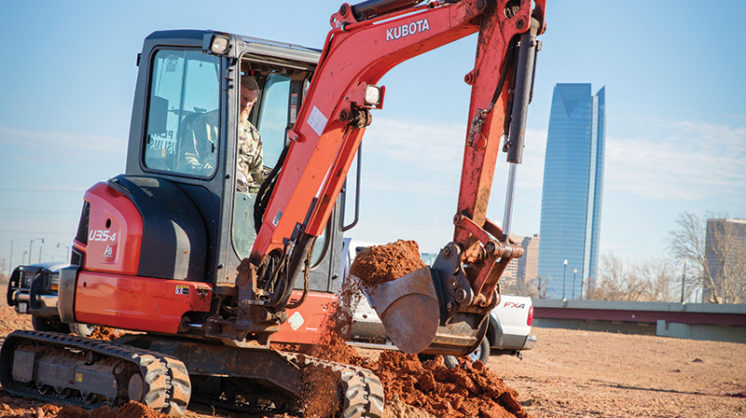 E.B. White, the author of Charlotte’s Web, once wrote that the view from a Ferris wheel was the most promising thing in space. That is either hyperbole or White was only looking in one direction.

Construction is underway to install the Ferris wheel that may become the signature symbol of the Wheeler District. Situated along the south bank of the Oklahoma River, the nine-story carnival ride will provide a remarkable view of the entirety of the proposed $1.2 billion development, as well as an admittedly spectacular view of our cityscape. A passenger in one of the 20 gondolas will have an utterly different view to the west, though.

Douglas Avenue is the point of demarcation – the bright line, so to speak – between Wheeler and its nearest neighbors. Metaphors abound in any development, especially one that juxtaposes poverty and wealth as starkly as Wheeler is likely to, but along the western edge of the Downtown Airpark, the roads that would normally cross Douglas all dead-end at a fence.

Blair Humphreys hopes to bring an end to that particular visual metaphor. Humphreys, the driving force behind the Wheeler District, talks of creating “dignified access points” for people who wish to drive or walk into the new district. In other words, this will not be a gated, white enclave adjacent to a predominantly Hispanic neighborhood, the two largest features of which are the Will Rogers Courts – a WPA project that is now subsidized housing with monthly rents as low as $100 – and Rotary Park, a plot of ground marred by crime and graffiti. 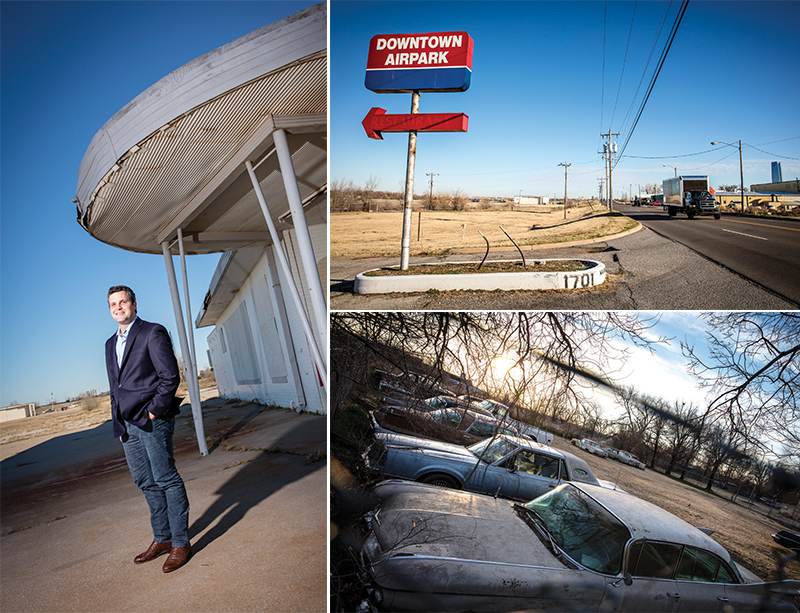 Building Bridges Along the River

Bristling with idealistic energy (that’s a compliment, by the way), Humphreys speaks candidly about the challenges the district will face. He is at once likeable and believable, and a brief conversation with him provides understanding of why the Wheeler District has the imprimatur of the Latino Community Development Association.

“We are the first development south of the river that is an extension of downtown and Core to Shore,” Humphreys says. “We have a responsibility to serve as a bridge between the two communities, to create connections and new access points.”

The MIT-educated Humphreys hopes to apply the lessons learned in his city planning and urban design graduate program, and when the son of a Republican politician who grew up middle-of-the-road evangelical lands in Boston for graduate school, lessons multiply in and out of the classroom.

“I was in a real estate economics class when I became aware of how difficult this type of urban development really is,” Humphreys says. “What jumped out at me, though, was that we have a responsibility to address the issue, and a realization how difficult it can actually be.”

That point was etched more firmly in his mind when the Wheeler team offered its week-long charrette in summer 2014: Interested and potentially affected parties were invited to participate in planning sessions that allowed input into the final design of the district. Humphreys estimates approximately 1,000 people showed up across the course of the week. A painful realization set in at some point that week, though – the district’s Latino neighbors were visibly absent, in spite of what appears to have been a good-faith effort to distribute invitational fliers printed in Spanish.

Humphreys took the setback as a challenge that simply required further effort. To be fair, he had only been heading up the district planning for six months at that point, so the team was still getting a picture of what the plan to integrate the communities would mean. What do you do when you invite people to participate in civic leadership and they pass? Humphreys’ time in Boston taught him a valuable lesson that could help answer questions along this particular axis.

“We were dealing with a population who had never been integrated into our city’s civic leadership structure,” he says. “We thought we had done above and beyond what we should have, but we figured out that an extra level of effort would be required, and the good news was that we could be a positive part of the solution of integrating the community into that leadership structure.” 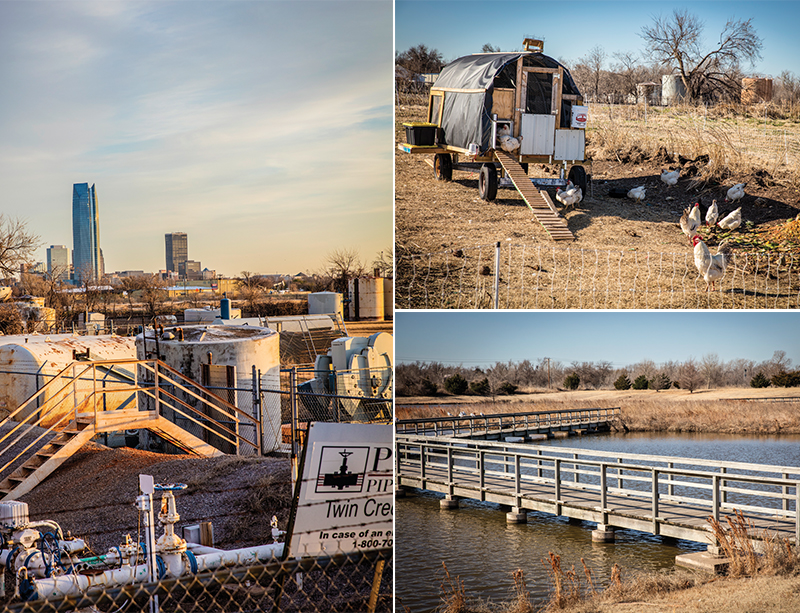 Urban planning on the East Coast includes a long history of gentrification – a nice way of describing displacement of the poor – and discussions about economic justice, tax structures and community services for the poor are part of any urban planning education. Creating an affluent community alongside a poor community raises questions about how the surrounding neighborhoods will be affected. The Wheeler District is a potential exception to the pattern of re-whiting urban neighborhoods, primarily because no one is being displaced.
The airpark is brownfield land, a designation for land that previously was used for industrial or non-residential purposes. There are no houses to be razed, no businesses to be pushed to the perimeter of urban renewal and no homeless communities or campsites. In many ways, it is a best-case scenario for urban development, but the challenges still exist, and our state’s sketchy history with our Latino neighbors is not the least of those challenges.

“We will always appeal to the best in people,” is how Humphreys addresses the challenge of dealing with entrenched racism and legislation that targets immigrants.

Thanks in part to his candor about these issues, Humphreys has secured the assistance of important allies in the Latino community, including the aforementioned LCDA and Calle dos Cinco in Historic Capitol Hill. Raul Font, the executive director of the LCDA, is optimistic about some of Wheeler’s potential.

“It has the potential to attract people who would never have thought of moving here,” Font says. “If everyone gets along, this could be a very good thing, but there will likely need to be some cultural sensitivity training.”

Donna Cervantes, director of Calle dos Cinco, said she sees Wheeler as a potential boost for retail in Capitol Hill and along SW 29th. “There is not one magic bullet to bring the communities together,” she says, “but I see it happening already in Capitol Hill. People come down here to try our shops and restaurants. This could attract even more retailers to the district.” 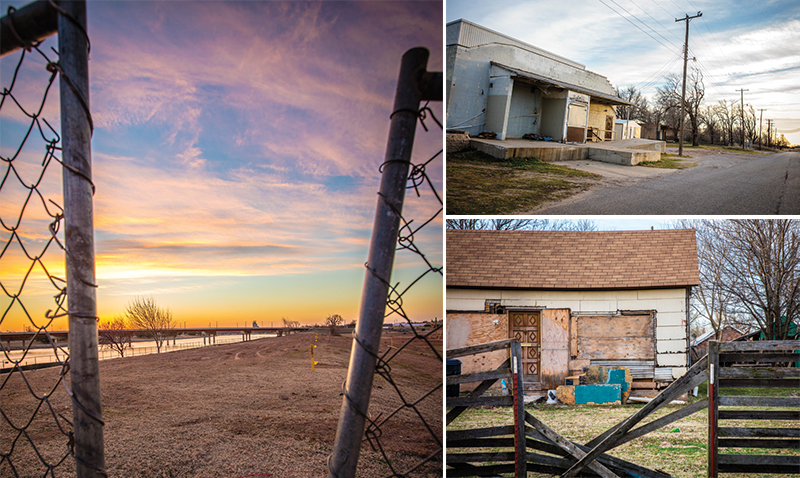 The district has always planned on having a school, and Humphreys would love to see a dual-immersion (Spanish and English) public school in the Wheeler District. It’s a model that has worked in other cities, and according to Font – a career education administrator – Shidler Elementary had a nationally recognized pilot program in the 1980s.

The developers also are in discussions with the city of Oklahoma City about possible TIF funding; Humphreys said he believes public spaces and accessible services in Wheeler should be eligible for some TIF support.

Finally, a formalized plan is near completion. By the time this article is on newsstands, the PUD (Planned Unit Development) will be filed. Humphreys said he expects it to go before the Planning Commission in April.

And then as the days get longer, the sun will rise on a new neighborhood in OKC.