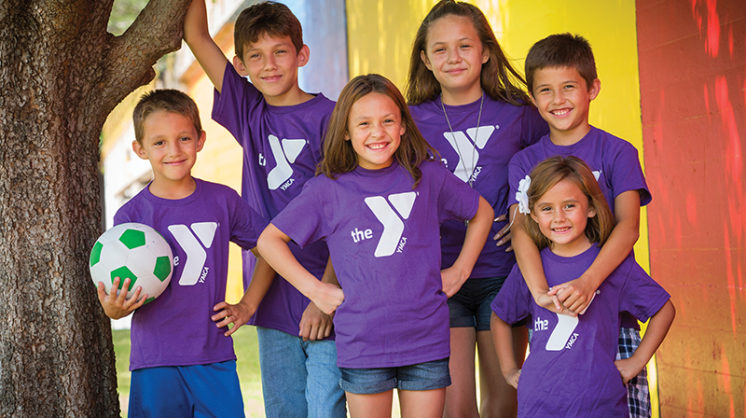 When Oklahoma City’s YMCA first opened its doors one month after the Land Run in May 1889, its founding members had the primary goal of providing a safe haven for those young men who had travelled far and wide in search of a new life in the equally new Oklahoma.

Built on the foundations of charitable intentions, the YMCA has grown with the city, and today is a safe haven for thousands of families who look to this beacon for help and support.

The needs of those people living in the city have, of course, changed between the 1890s and today. Back in the days of the early settlers, hundreds of young men were arriving every day at the Santa Fe Depot and were greeted with a chaotic city struggling to rein in long stretches of bordellos, gambling halls and saloons. The fledgling YMCA offered food and shelter along with a gym, reading rooms and bathing apartments, away from the temptations of the city.

More than 125 years later, the YMCA is still helping thousands of needy people in Oklahoma with unwavering focus on the belief that all people are capable of greatness, but not everyone is born with the resources to succeed. For many of us, it exists to provide a place to exercise, but for thousands of families in our community, it offers a lifeline … without shouting about its great achievements. Today the Y is providing support in all areas from afterschool care to cancer support, and from advocacy to food security.

More than half a million Oklahomans live in poverty, and 15 percent of families do not have enough money to feed their families – something as basic as a bed is a luxury for many. The Y’s annual food program was set up in 2012, and over the years has fed more than 4,000 children.

Three years later, a need was identified in the Oak Grove Community, and in response a Pop-Up Food and Fun program was established in which school children are given a meal, help with homework and fun activities to take part in after school. From this grew their addition to the Angel Tree project, which provides children in the community with Christmas gifts.

It was through Angel Tree that staff at the Y met many children who had listed a bed on their Christmas wish list, and so the Sleep to Succeed drive was started. Through partnerships with businesses in the city, the program has helped provide beds and bedding for more than 240 children in one year, with plans for more deliveries in 2017.

Mom-of-six Heather said the Y’s programs have been life-changing for her family, adding: “I have been overwhelmed with the generosity of the Y and the volunteers. The food that my kids receive after school every day is such a big help, and now they don’t have to sleep on the floor anymore.”

Lonnell and his sons have the Y to thank for getting them back on track after the tragedy of losing his wife. They received financial assistance so they could attend the Y as a family every week. Lonnell says the sports programs they took part in “began to brighten our spirits.”

“Thanks to the Y, my family has been able to lean on others, and now we are able to be there for those who need someone to lean on,” he says.

Every day the organization faces new challenges, with a greater reliance on donations and volunteers to provide help for the ever-growing need in the community.

“Every dollar donated to the Y has a lasting impact on the people in the communities we serve,” says Bennett.

As organizers look to the future, they continue to expand and grow as the city does, adapting to change and rising to the challenges.