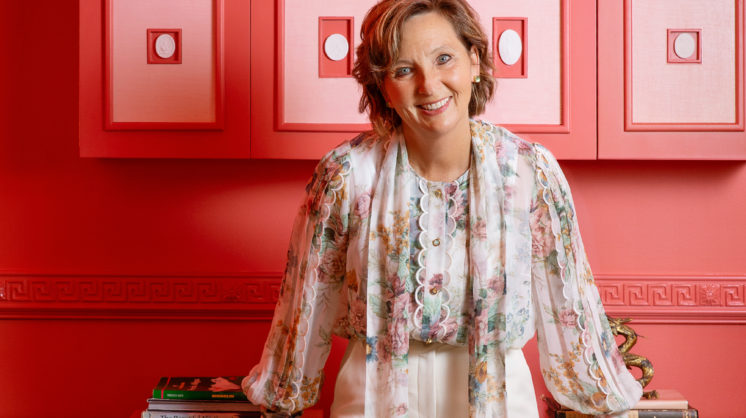 In 2019, Forbes Media named Oklahoma’s first and oldest law firm, Crowe & Dunlevy, to its inaugural list of America’s Top Law Firms. It’s the only Oklahoma City-based firm named to the list. Not surprising to those in the field, the firm is led by Timila S. Rother, a 30-year veteran of Crowe & Dunlevy and, yes, a woman.

A conversation with Rother will reveal several things about her. While she is highly intelligent, wise and compassionate, she also is direct and very genuine – qualities that speak to her rural upbringing in Sterling, Oklahoma, a town of 806 residents.

Rother is the first in her family to attend college, much less law school. Regardless, she excelled early in her academic pursuits, sailing through semester after semester with straight A’s, which landed her a job at Crowe & Dunlevy in 1990. It was a good fit for a small-town girl – local, but not too local, and established and diverse. “When you grow up in a town of 800 people, Norman was big to me. So, I didn’t at that time aspire to go off to the Big Apple or anything. I was thrilled to be there,” she says.

Three decades later, she attributes her success in law to a penchant for argument. “Just ask my husband,” she says. But in her five years at the helm of the 230-employee behemoth, she also has leaned on her conciliatory nature, seeing the common threads that run through all of her employees. “We’re all equal,” she says. “We just need to do a better job of not labeling each other.”

HOW WOULD YOU DESCRIBE YOURSELF IN ONE WORD?

I think, “earnest.” I’d love to be that funny person, the life of the party. But that’s not me. I’m a little more serious. I finally decided that works for me.

WHAT’S IT LIKE TO BE A WOMAN AND LEAD THIS PRESTIGIOUS FIRM? ARE YOU THE FIRST?

No. There have been two other female presidents of Crowe & Dunlevy – one in the ‘90s and one in the early 2000s, so we’ve always been diverse and good about that. But I am really so honored. And to the female part of that, I have many clients that are focused on and so impressed by the fact that our firm is led by a woman. It’s more unique to them than it feels to me, but I’ve enjoyed (mostly) every minute of it.

WHO IS YOUR HERO OR THE PERSON YOU MOST WANT TO IMMULATE?

My mom was a single mom for a long time and she always impressed me with the way she was able to do everything and still make us feel loved. And recently I’ve been thinking about Rosa Parks and Martin Luther King Jr. and the courage that they had to have to face hatred and seek equality knowing that their lives and the lives of their family were at risk. Just think about that era and the risks they took when they said, “I want justice.” So, when I think about people who have shown that kind of courage, that’s who impresses me.

WHAT ADVICE WOULD YOU GIVE A WOMAN WHO IS LOOKING TO BREAK THE GLASS CEILING?

Make it plain that you expect to be treated equally and do not allow for anything else. I am not talking about grand speeches or adopting a persona that is not you, but simply doing your job, whatever it is, with the same determination and confidence as your male counterparts. Don’t assume you will be treated differently, don’t buy into stereotypes and don’t exhibit stereotypes. Both in the courtroom and in my dealings with colleagues on a daily basis, I find that I have the greatest success when I convey that I will do the right thing and I expect them to do the right thing too. The right thing is to accept you on merit, not on gender.