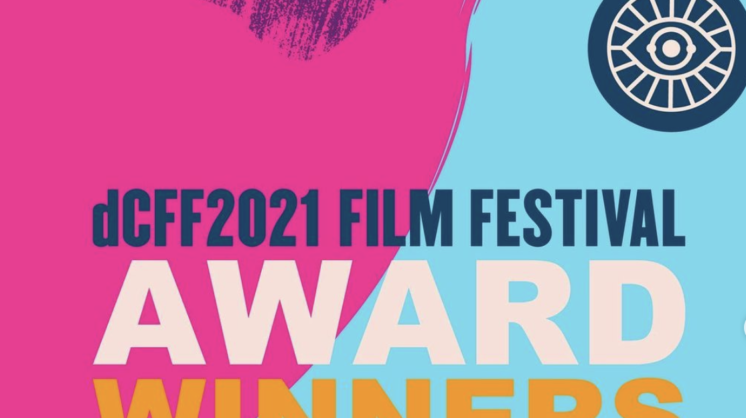 The deadCenter Film Festival has announced the 2021 award winners for it’s 21st anniversary celebration. Out of a record-breaking 180 films that were curated for the festival, winners were chosen in 16 categories. After this opening weekend’s select in-theater and outdoor venues, the remainder of the festival will be available online, and passes are still available at www.deadcenterfilm.org.

The winning films were selected by an independent panel of film industry professionals, including respected directors, writers, producers, and actors from around the country. New this year is an award for Best Indigenous Short Film, which is sponsored by the Cherokee Nation Film Office with the largest, to date, cash prize of $1,000.

The winners of each category at the 2021 deadCenter Film Festival are:

Feature: Inbetween Girl, Dir. Mei Makino. Inbetween Girl is the story of a teen artist, Angie Chen, who turns to secret hookups when her parents get a sudden divorce.

Feature: Holy Frit, Dir. Justin Monroe. In Holy Frit, artist Tim Carey wins the competition to create the largest stained glass window of its kind… something he doesn’t know how to do. After years of searching, he finally finds a famous glass maestro who can help.

Short: Play It Safe, Dir. Mitch Kalisa. Play It Safe is a story about implicit bias, which is shown when drama student Jonathan is typecast into the role of a black hoodlum and decides to demonstrate to his peers their prejudices.

Documentary: The Box, Dirs. James Burns, Shal Ngo. The Box is a short film that utilizes a variety of mediums to convey the stories of three people who endured a combined nine years in solitary confinement.

Short: Totsu (Redbird), Dir. Jeremy Charles. Totsu (Redbird) is about an indigenous woman who must confront a mysterious enemy while bridging parallel worlds of prehistory and dystopian future.

Too Many Wades, Written by Stirling J McLaughlin & Wilder Konschak. Too Many Wades features a main character who wants to be done with her ex-boyfriend Wade, but a strange infection is turning everyone she knows into another version of him.

Narrative Feature: Moving in 2008, Dir. Calogero Carucci. Moving in 2008 follows several families as they contend with the struggles of the 2008 recession.

Documentary: Summer of Soul (…Or, When the Revolution Could Not Be Televised). Summer of Soul documents the 1969 Harlem Cultural Festival and stands as a testament to the healing power of music.

Short: Touch, Dir. Nir Berger. Touch is a dark romantic comedy about teenage internet trolls with a protagonist who communicates only through text messages.

Totsu (Redbird), Dir. Jeremy Charles. Totsu (Redbird) is about an indigenous woman who must confront a mysterious enemy while bridging parallel worlds of prehistory and dystopian future.

Screenplay: 4.19.95, Written by Matt Skuta. 4.19.95 is one of several Oklahoma screenplays given a table reading during the festival.