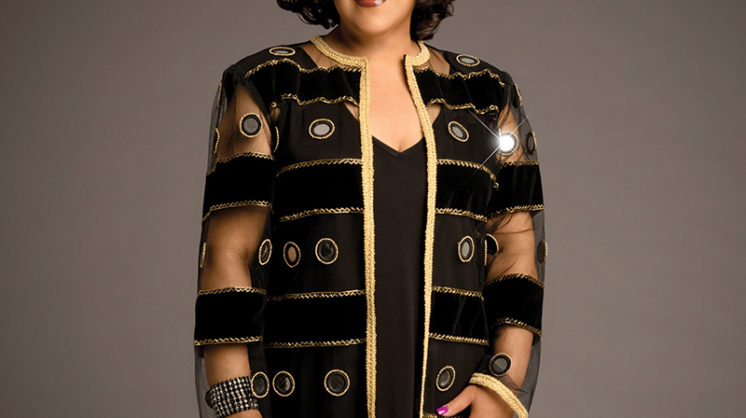 One of the biggest parades in Oklahoma City is not at Christmas, nor even Halloween. It’s the annual Gay Pride Parade and Festival, happening this year June 24-26 at the area of NW 39th Street and Pennsylvania Avenue, also known as “The Strip.”

This year’s theme is “Free to Love,” and organizers say it could be the most massive event yet.

“Last year, the Oklahoma City Police Department confirmed OKC Pride was the state’s largest parade and privately held festival,” says Michael Clark, board president for OKC Pride. “We had more than 75,000 attendees last year, and we expect this year’s parade to be even bigger, as it falls on the one-year anniversary of the Supreme Court decision affirming marriage equality.”

The festival gets underway at 6 p.m. June 24, with a free block party on The Strip and a concert featuring the First Ladies of Disco, a new group made up of some of the greatest names of the disco era.

They include Martha Wash, who, as part of the Weather Girls, hit the Billboard charts in 1982 with what has become the gay anthem, “It’s Raining Men.” Also performing as part of the group is special guest Anita Ward, who hit No. 1 with 1979’s “Ring My Bell.” Ward is stepping in for regular First Ladies singer Linda Clifford. Rounding out the trio is Evelyn “Champagne” King, whose 1978 hit “Shame” landed her in the top 10, and put her on “American Bandstand” and “The Midnight Special.”

“One year we had the Pointer Sisters, and last year we had the legendary band The Village People,” Clark says. “This year, the First Ladies of Disco are launching their world tour right here at OKC Pride. We think everyone will really enjoy their music and the high-energy atmosphere they bring to their performances.” 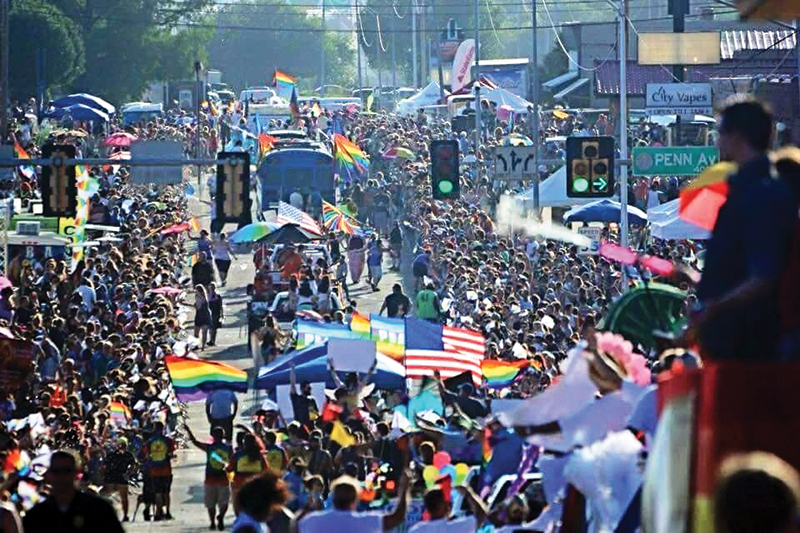 The 28th annual parade kicks off at 6 p.m. June 26. Organizers say the current board has worked hard to turn what once was a rather decadent event into a family-friendly atmosphere.

“Daytime events are geared to all ages,” Clark says. “There will be a special ‘youth zone’ near Expressions Community Center, and we will have great entertainers throughout the day. All through the weekend we will have hundreds of artists, vendors and nonprofit organizations, as well as live music, food trucks and a beer garden. There will definitely be something for everyone.”

Clark said both the festival and parade are open to everyone – gay and straight alike.

“OKC Pride is all about openness, inclusion and equality,” he says. “As such, it is open to all. At least half of our attendees each year are supportive members of the straight community. Anyone attending will find a fun and welcoming environment with no prejudice or exclusion.”

The LGBTQ community has been repressed and discriminated against for many years, Clark said, and that is why he believes the Pride parade is still relevant today.

“While the world is more welcoming and open now, many in our community still do not feel welcomed, included or safe,” he says. “OKC Pride exists to provide a venue where all can know they are not alone and accepted for who they are.

“The best way to see what we are all about is to come see it for yourself,” says Clark. “I know anyone taking the time to join us will be glad they did. Our community is diverse and involved in all aspects of Oklahoma life. Come see what we have to offer, and I am certain you will leave with a greater appreciation for humanity.”