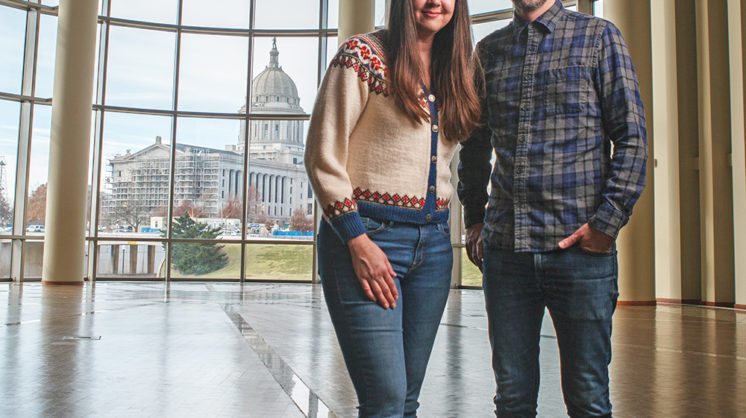 It took Corey Ayers and Angela Spindle only about four days to raise the funds they needed for their new podcast. The duo, both of whom work for the Oklahoma History Center, decided to launch a new show to talk about the state’s unique and colorful history. But with the state’s ongoing budget issues, they knew funding must come from private sources.

It took Corey Ayers and Angela Spindle only about four days to raise the funds they needed for their new podcast. The duo, both of whom work for the Oklahoma History Center, decided to launch a new show to talk about the state’s unique and colorful history. But with the state’s ongoing budget issues, they knew funding must come from private sources.

“We raised all the money ourselves,” Ayers says. “We bounced around the idea for the podcast for a few months, then launched a fundraising campaign to raise money to turn the back half of my office into a little studio. We were planning on a 30-day fundraising goal, but it took only four days to raise the $1,600 we needed.”

So far, “A Very OK Podcast” has been a tremendous success.

“We have been doing this for several months now,” he says. “Our first podcast was last summer back on August 16, and it’s been a pretty overwhelmingly positive response. Many more people have been listening than we initially anticipated … which is both great and terrifying all at the same time.”

The topics they cover are as diverse as the state itself, ranging from the Land Run of 1889 and the Red River Bridge War to where to find the best chicken fried steak.

“Our topics are really anything that has to do with Oklahoma history and culture,” Ayers explains. “We start off with brainstorming sessions at first. We have a long-running list of topics we think we know, but then realize are much more fascinating than we thought.” In what sounds like a pretty good tagline, he describes their approach as “quirky and offbeat ways to talk about topics that your Oklahoma history/football coach may not have made very interesting back in high school.” 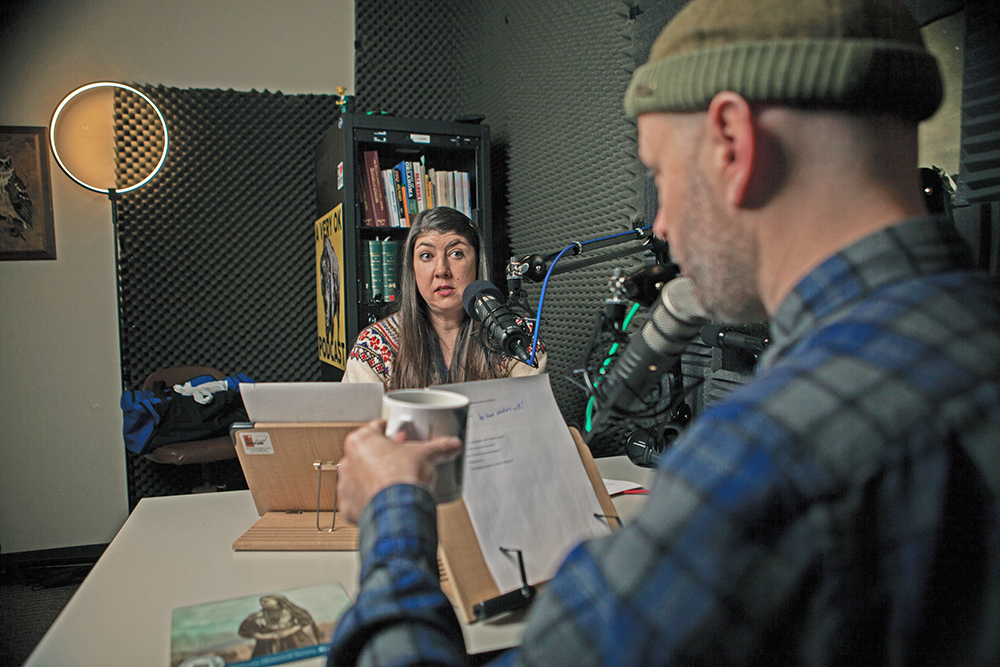 The show usually runs about half an hour, maybe longer, depending on the topic.“It really depends on the topic and whether we think we can tackle it ourselves, or if it’s better to get an expert to weigh in,” Ayers says. “We like to build the idea, and have a guest on history or that topic flesh it out. Like when we did the chicken fried steak episode, we had Chef Russ Johnson from Ludivine cook up our research. And for the show we did on The Outsiders, we had a member of the hip-hop group House of Pain come in and chat. Yeah, we know it sounds strange, but just listen to the episode – we promise it makes sense.”

Working at the Oklahoma History Center is a natural fit for both Ayers and Spindle. They are native Oklahomans, and have been there about 10 years each.

“We have been really good work friends for a long time,” Ayers says, “so it has been great to finally work with each other on a project. We both have eclectic tastes in music, and as a result of that, we have reached out to a guy who does an all-Okie vinyl show, so something may be in the works there. Angela also likes to make fun of my weekly Dungeons and Dragons game. Basically, the podcast is a lot of fun, and I think that comes through to our listeners.”

“I think that Oklahoma history doesn’t have to be boring,” he says. “It’s a pretty fascinating story, all in all. And we have some great episodes coming up with special guest stars, and Angela and Corey milking a cow. So subscribe now!”

Listen to “A Very OK Podcast” online at okhistory.org/about/podcasts.