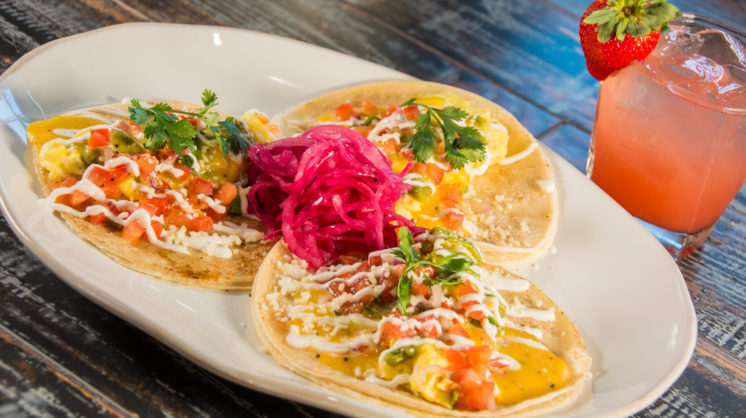 In what has to be one of the great sentences in food writing, OC Weekly writer Dkelsen writes: “The course of Tex-Mex food in America is such that it originates from the Rio Grande Valley, gets discovered in San Antonio – and then Austin takes all the credit for it.” Why the knock on Austin here in Oklahoma City? Because the beloved breakfast taco did not originate in Austin as so many Austinites and Austin-based writers claim.

Dkelsen finds the earliest reference in the Arizona Republic, and so the Rio Grande Valley is likely a dubious provenance as well. Ultimately, it doesn’t matter where the breakfast taco was born; it’s rather like arguing about where donuts came from. There are people who want to argue about credit and accolades; I’d rather eat the donut, or in this case, the taco.

Breakfast tacos often feature a mash-up of ingredients drawn from southwestern U.S. and Mexican culture – and the form is decidedly Mexican – but some of the more popular versions are simply a classic American breakfast wrapped in a tortilla and slathered with salsa: bacon and egg, sausage and egg, and, yes, for the vegetarians, avocado and egg. As such, it’s best to break them down into “tacos” and “gringo tacos” when discussing them, and we’re not here to discuss which is the superior form; both can be enjoyed for what they are, not disliked for what they’re not.

The list isn’t a “best of,” nor is it even close to comprehensive, and the styles vary wildly from Elemental Coffee’s hard to qualify version to Los Comales’s traditional Mexican menu. They’re all delicious. Don’t argue about them. Eat them.

Los Comales: South of Cattlemen’s, Los Comales has been slinging great Mexican food for decades. For breakfast (desayuno), the egg and chorizo is the best option. However, this is a real Mexican food spot, so pick any taco on the menu; they’re all stellar.

Taqueria Rafita’s: Most who love this place go for the chile verde or the tacos, including the chorizo and egg. They’ve been delivering outstanding Mexican food for over a decade at their spot on N. Pennsylvania Avenue, and they’re one of the very best in the city at what they do.

Taqueria La Esquina: You’ll have to head to S.W. 29th Street for this combo grocery and food counter. The tacos are excellent, as the line of people will indicate, and we have a tip from S.W. 29th District director Emma Dean Kratochwill that the barbacoa is the way to go.

Café Siete: Out near Deer Creek, you’ll find this C-store with a fantastic taqueria tucked inside. This one really bridges the gap between gringo and authentic. The Café 7 team operates the food side, but they smartly chose to trust their LatinX employees to implement more authentic recipes, so the salsas are among the best in the city and the house-made chorizo is a wonder.

Big Truck Tacos: Chef Kathryn Mathis has been delivering great food at this Uptown 23rd taqueria for a long time. It’s a neighborhood fixture, and it’s still one of the best breakfasts in the metro. The Little Twin tacos are always made to order, and you can choose the meat and salsa. For early in the morning, the “OMG” is about as hot as we want to go, but to each his own. 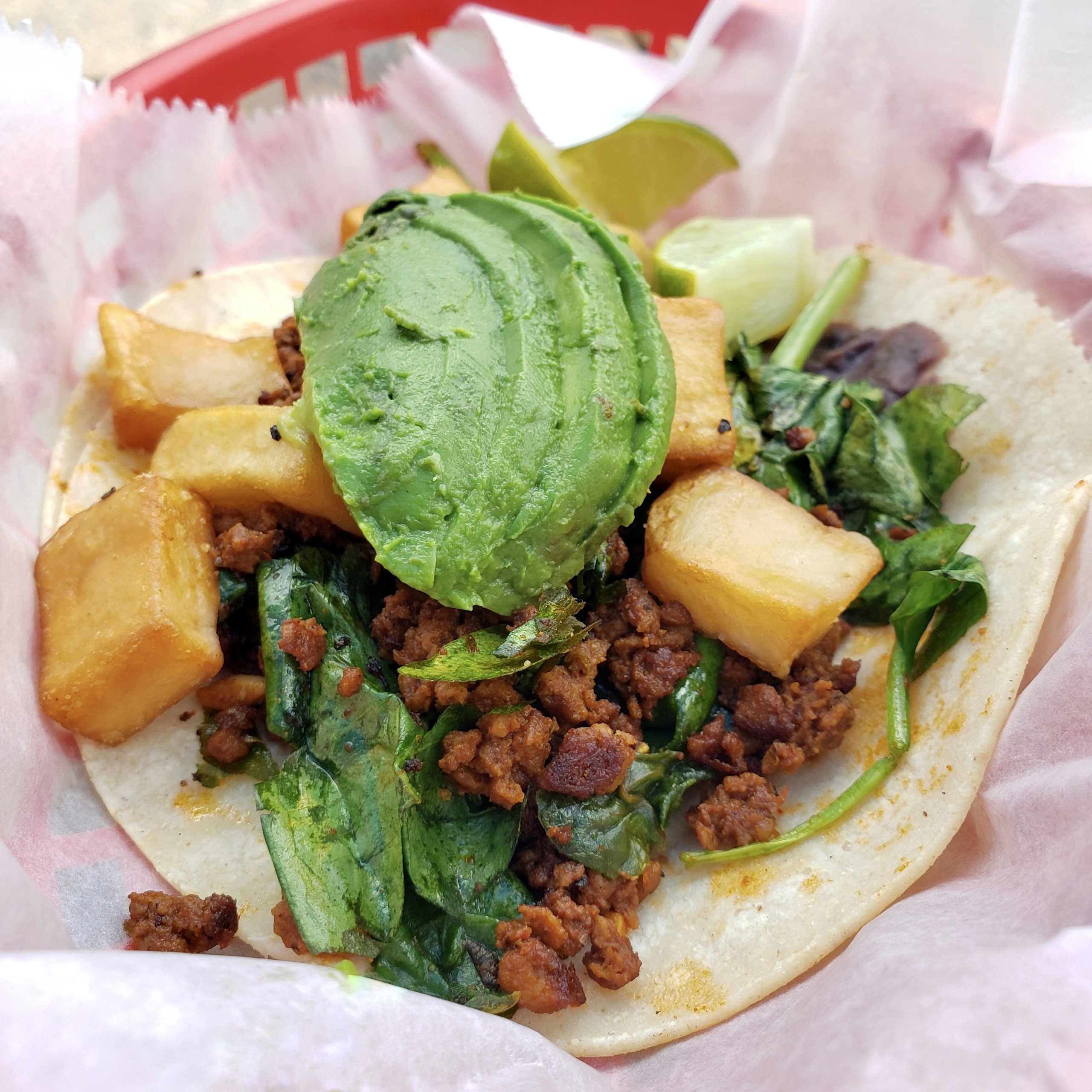 Elemental Coffee: Operating partner Elena Farrar loves tacos, and it shows. The standard, non-vegetarian version has eggs, bacon, cheese, spinach and sauce, but you can build your own, too, and on the days they have carnitas, you should absolutely build it and ask if they have any off-menu salsa lying about. 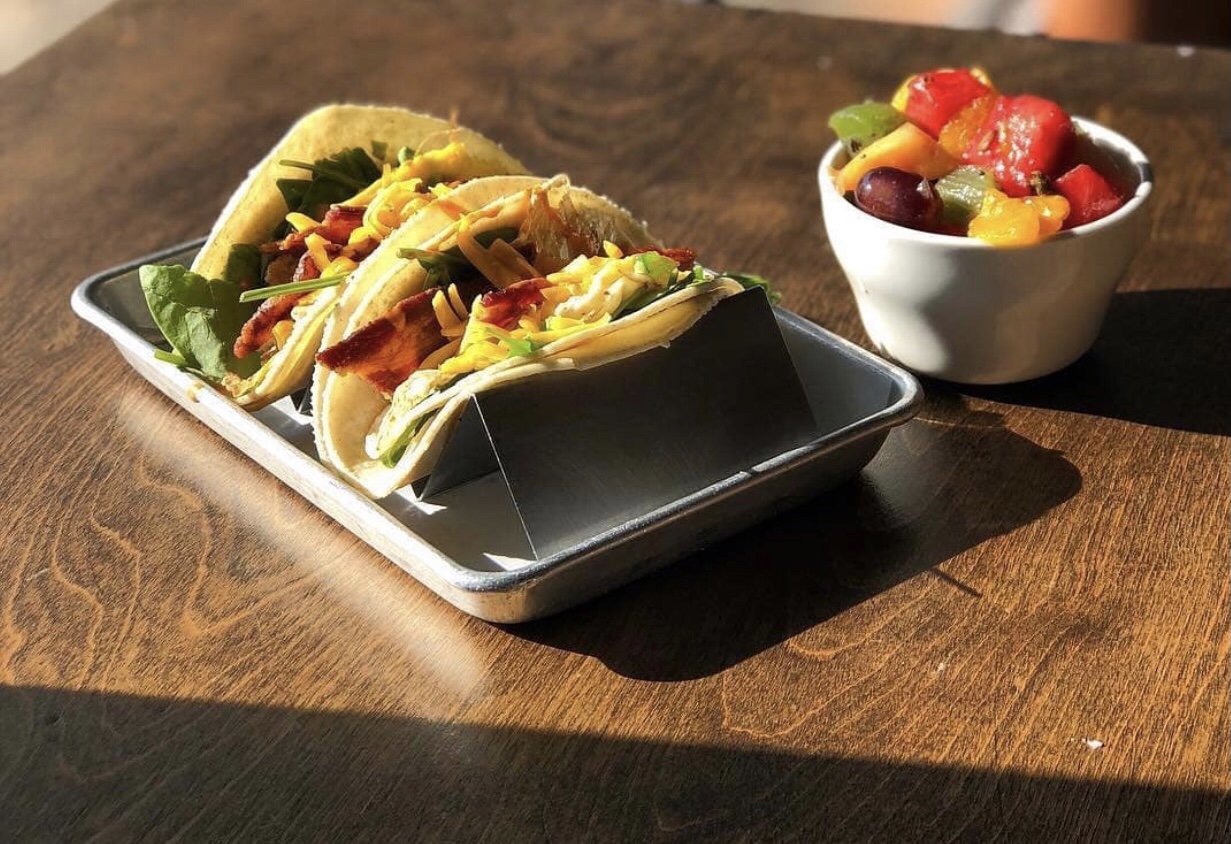 Hacienda Tacos: Robby Vernon is a New Mexico native, and so his version of breakfast tacos has a noticeably different take than people not used to NM cuisine are familiar with. Most of the meats are smoked, and the salsas and taco sauces are a delicious departure from the Tex-Mex standards we see around here every day. The migas-style breakfast taco is the perfect introduction.

Neighborhood Jam: The taco is ostensibly a basic egg-avocado type, but there is nothing basic about it. The addition of green chile hollandaise and the use of guacamole instead of sliced avocado makes for a breakfast taco bursting with flavor. If you like it spicy, ask for the green sauce, and by spicy, we don’t mean gringo spicy. 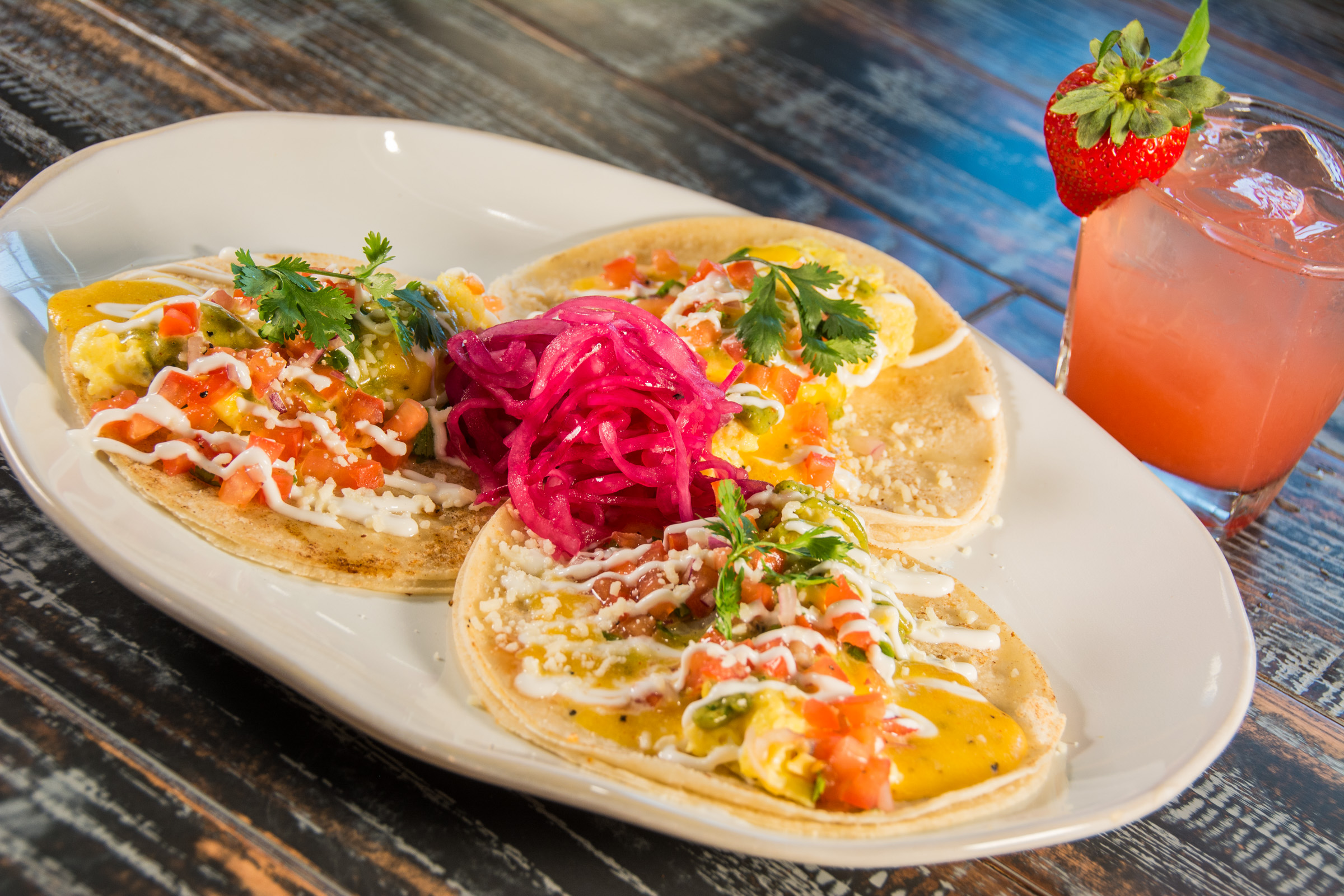 Stitch Café: The word is getting out about the tacos (and burritos) at this Film Row coffee shop. Yes, they are quintessentially gringo tacos, but you will not care. The Quick Draw (espresso-glazed bacon, eggs and cheddar cheese) starts the menu for a reason: You should start with that taco, and then add the Pork & Beans taco. Trust us on that. It’s one of the most creative, delicious mash-ups in the city.

Aurora: Plaza District’s popular brunch and backyard spot has delicious gringo tacos, too. Eggs with Tillamook cheddar with sautéed jalapenos and onions are the base, and you can add bacon. But for the full gringo effect, add the breakfast sausage. It’s straight comfort food at that point.