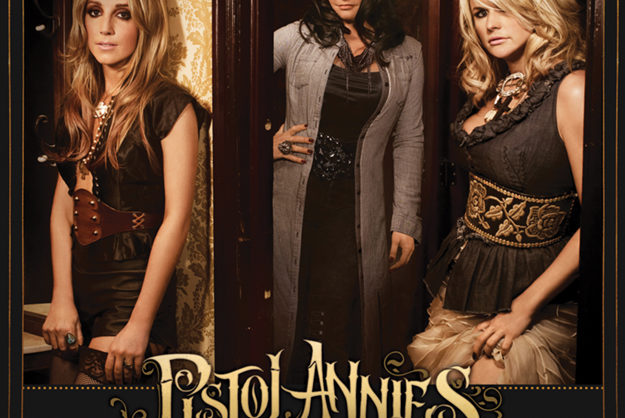 The Pistol Annies’ whole might not be greater per se than the sum of its parts – members Ashley Monroe, Angaleena Presley and Miranda Lambert are each talented solo artists – but the trio’s second album, “Annie Up,” reaffirms that, for fans of emotionally raw and resonant country music, that whole is pretty great. The alchemy of their combined talents and interpersonal chemistry is something special, according to Lambert: “This has given me a new excitement, a new passion … this band inspires all of us so much. It’s like we can’t get enough.”

Listening to “Can’t Get Past the Lips,” the scorching debut from Oklahoma tunesmiths BRONCHO (they’re fairly adamant about the capitalization), prompts the observation that they aren’t dawdlers: The album has 10 infectious punk-infused tracks and clocks in at about 20 minutes. It doesn’t take much math to determine that no single jam overstays its welcome. But listening to it again (and again), especially standouts like the opening “Pick a Fight,” also prompts a question: Is this as loud as these speakers get? The disc’s recent rerelease courtesy of actual label Fairfax is the perfect opportunity to board the BRONCHO bandwagon in advance of their pending sophomore effort. Theirs is a tale filled with sound and occasionally a little fury, signifying ROCK.