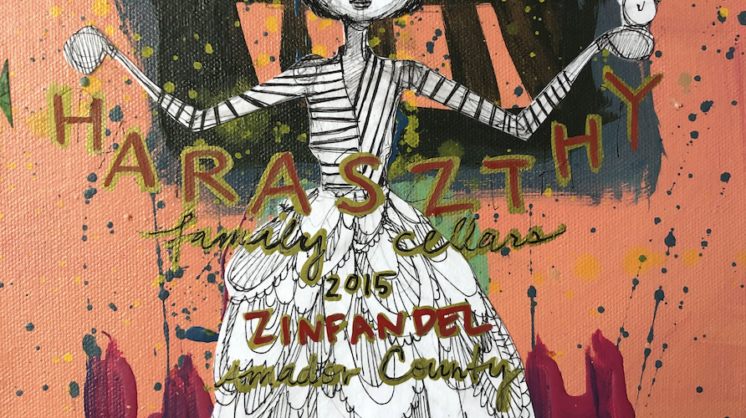 The 12th annual Refreshing the Palette, a wine tasting, art show and auction is this Sunday, November 10 at The Metro Wine Bar & Bistro. Metro owner LaVeryl Lower has been a patron of local art since before the restaurant opened.

“I’ve supported and collected the arts for a long time, so when we opened the restaurant, we commissioned local artists to recreate classic wine labels,” Lower said.

Many of those original pieces still hang in the restaurant, as does a rotating selection of art that is for sale. The art at Refreshing the Palette is created by twenty local artists, all of whom receive a wine bottle that will be a by-the-glass pour on The Metro’s holiday wine list. (Lower has five lists per year instead of the traditional four seasonal lists.) The artist uses the label for inspiration and is free to create a piece in any medium they prefer: photography, sketching, painting, mixed media, sculpture, etc.

The idea for Refreshing the Palette came from Lower’s desire to create a fun event around wine and art, two of her favorite things. “We wanted it to be a fundraiser, too, and combining wine, art and an auction that benefited artists just seemed like a natural and obvious choice,” she said.

The bidding starts at $125 for all the pieces, and eighty percent of the proceeds go to the artists. The Oklahoma Visual Arts Coalition receives the other twenty percent and half the door—proceeds from ticket sales. The other half goes to cover costs and pay the service staff.

Guests get to try all twenty of the wines, as well as a selection of hors d’oeuvres that circulate throughout the event. It’s an art-cocktail party vibe with one of the city’s best wine lists. This holiday list includes wines from A-list domestic wineries and winemakers like Paul Hobbs, Shafer, Revana, Ancient Peaks, Cliff Lede and Ancien. As is always the case, Lower has also chosen many of her wines from the world’s major growing regions, offering guests a sampling of fantastic wines from France, Germany, Italy and South America.

First-time artists this year include Larry Dean Pickering, a talented sculptor and designer, whose work has received local and national attention, and Autumn Nicole Brown, a painter whose piece Pelargonium was one of the standouts at this year’s 12 x 12 show. Veteran artists Tony Westlund, Lori Oden, Trevar Peterson, and Jarica Walsh, among others, will be returning to this year’s event. Denise Duong, a visual artist with a Paseo gallery, a massive mural near Jones Assembly, and a current installation at 21C Museum Hotel, will also be featured. Her piece inspired by Haraszthy Zinfandel is pictured. Tickets are $40, and are available by calling The Metro, 405-840-9463.