10 Southwest Side Restaurants You Need to Try Now - 405 Magazine 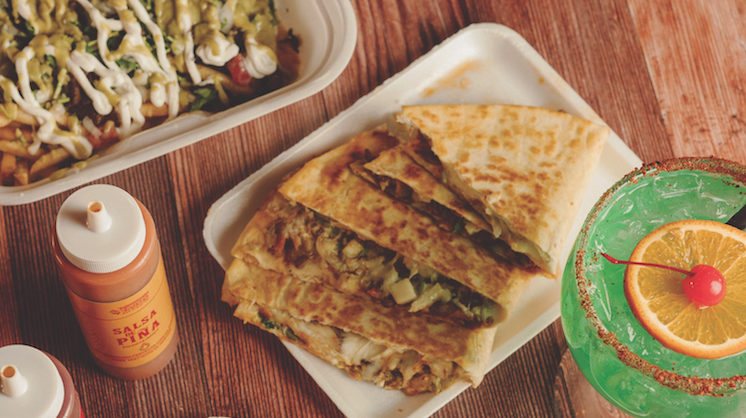 If you’ve lived here more than a few months, you already know that large swaths of southwest Oklahoma City are an unofficial Mexican food district. SW 29th and SW 44th especially are homes to dozens of taquerias, including our original taqueria Tacos San Pedro, as well as mercados, taco trucks and other specialty Mexican restaurants that feature regional cuisine, not Tex-Mex. There is more to the southwest side than the city’s best tacos, though, so take some time to explore the area south of the river down to SW 74th and from Walker to I-44, and you’ll be rewarded with delicious options from tacos to Thai food and Lao food to lengua. Here are 10 Southwest Side Restaurants to Try Now.

Burritos el Tin-Tan. The company has expanded to an I-35 service road location and a Lincoln Boulevard spot (the former Taco Rico). The focus is burritos, and they do a stellar job with all, including breakfast. The standout is a pork and nopales that is hot enough that only legit heat-heads should have them.

Carnitas el Patron. If someone goes to the trouble of calling themselves the boss of anything, eventually you have to know if they’re telling the truth. Carnitas aren’t the only thing on the menu here, but they are the reason you’re here. The tortillas are fresh, and the fresh salsa is a must.

El Fogon de Edgar. This must-try Colombian restaurant used to be on NW 23rd, and we’ve never stopped envying the southwest side for “stealing” Edgar’s delicious empanadas, sobrebarriga, plantains, tamales and other specialties from the northwest side. Ask for extra aji verde for your empanadas. You’ll want it on pretty much everything.

Four J’s. This Lao/Thai restaurant was the first in the city to serve traditional Lao cuisine like larb and papaya salad. They’ve been takeout only for a while now, but it’s food that travels well, so grab some tangy, zippy beef larb, rich, savory khao soy (noodle soup), or delicious sai oua (Lao sausage) on the way home.

La Esquina. This corner store has been around for about 30 years, and the kitchen serves delicious tacos, menudo and other traditional specialties. The salsas are some of the best in the city, and the barbacoa is a must try.

La Tropicana Tacos y Mas. There is much to love at this South Western Avenue taqueria-plus, including delicious pozole. The menu is large enough to have something for everyone, but make sure everyone gets the fried potato tacos. They’re a favorite all over Mexico, and once you try them with the salsa verde, they’ll be a favorite at your get-togethers, too.

Naylamp Peruvian Restaurant. The menu comprises traditional Peruvian dishes, including lomo saltado and pollo saltado, but the star is really the chicken salad with potatoes and huancaina sauce.

Tacos San Pedro. The Gil family started this pioneering taco joint more than 30 years ago. In fact, we’re indebted to founder-owner Sergio Gil for bringing many of the ingredients and chiles to the state in the first place. Order anything off the menu, and you’ll be happy with the quality and flavors, but you don’t want to leave without trying the cabeza burrito.

Taqueria Juarez. A favorite for decades, this taqueria is the best place for an introduction to discada, the northern Mexican dish that takes its name from the traditional way of preparing it on a disc or plow blade. Grilled meats are the core of the dish, but it’s really up to the cook what all goes in this delicious taco filling.

Trompudo’s Tacos. Owner Lupe Garcia is doing tacos Mexico City style, which means al pastor from the trompo and suadero tacos with the actual cut of meat, not a brisket substitute. Salsas are made from scratch to pair with all the tacos, and the full bar includes margaritas and specialty drinks.