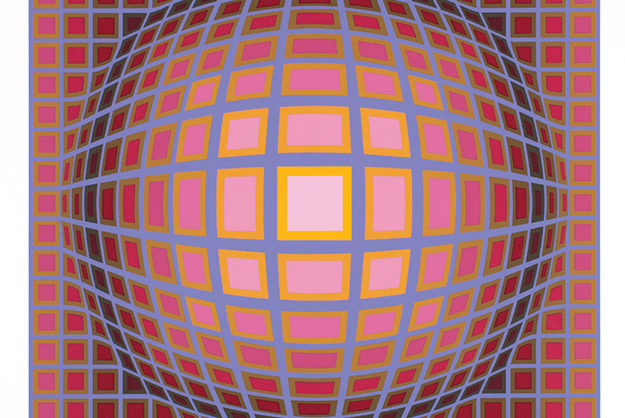 In The Years Since Founder Oscar Jacobson Began Collecting Items for the University of Oklahoma’s nascent Museum of Art, one man’s pet project has grown to command a prominent place among the nation’s foremost university museums. For scholarly appreciation of practically every variety of art, other schools now find themselves striving to keep up with the Fred Jones.

Jacobson’s efforts amassed thousands of pieces before the museum officially came into being in 1936, and more illustrious works afterward, but he didn’t live long enough to see the realization of his dream of a permanent facility to house the collection. It was in 1971 that Mr. and Mrs. Fred Jones made a bequest in memory of their son; his name, along with those of other donors and supporters like Weitzenhoffer, Westheimer, Adkins and Bialac, are in large part why OU students and visitors can experience the work of names like Hopper, O’Keeffe, Russell and Monet. Today the museum complex includes approximately 40,000 square feet of exhibition space, housing the nearly 16,000 objects in the permanent collection – which range from 19th-century French Impressionist paintings to contemporary Southwestern sculpture – as well as regular temporary exhibitions. The current lineup, including feminist photography, a visually engrossing tribute to Op Art and Hopi cultural avatars, is a testament to the breadth of creativity waiting to be discovered

.Stirring the Fire (on display through July 28) gives a podium to the work of renowned photographer Phil Borges, who has circled the globe recording the lives of women in different environments and the sometimes astonishing similarities of their cultural identities. Unapologetic about its sociopolitical message – the exhibit is subtitled “A Global Movement to Empower Women and Girls” – the illumination of gender issues and inequalities is sponsored by World Literature Today, the university’s magazine of international literature and culture.

Visitors’ eyes may get lost when venturing Into the Void (through July 28); the mind-bending exhibition curated by students from the OU School of Art and Art History features prints from the Fred Jones’ permanent collection by Op artists like Victor Vasarely, Bridget Riley and Richard Anuskiewicz. The works explore principles of visual perception through line, color and abstract shapes, producing optical sensations free of subject matter; any symbolic meaning ultimately comes from the viewer’s psychological response rather than the creator’s intent.

Hopituy (on display through September 15) may fairly be called a blast from the past, at least culturally – its 170 examples of Hopi kachina figures depicted in woodcarving, basketry and painting, as well as the figurines themselves, examine their aesthetics and echoes of tradition through time from a perspective that is uniquely Hopi. Exhibition materials are drawn from the museum’s permanent collections, including those given by James T. Bialac, OU President and Mrs. David Boren, Richard and Adeline Fleischaker and Rennard Strickland.

All that plus the permanent displays, special events like the monthly Second Friday Circuit of Art, thematically targeted Art After Hours discussions and more … it’s all part of an ongoing legacy of which Oscar Jacobson would be proud, and an ongoing, continually renewed treasure trove for artistic explorers. Oh, and admission is free, thanks to the generous support of the Office of the President and the OU Athletics Department. A bevy of wonders awaits – go forth and discover.