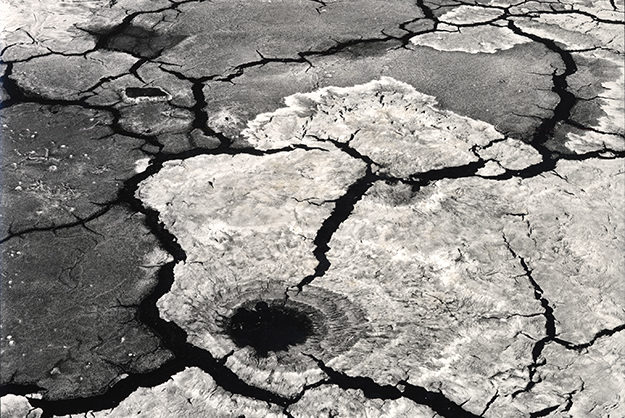 Color isn't the only tool in an artist's arsenal – while the dozens of works on display in the Oklahoma City Museum of Art's newest pair of exhibitions are lacking in vivid hues, they're anything but lifeless and dull. Two of America’s photographic legends combine for an intensely beautiful viewing experience showcasing the sky above our heads, the earth beneath our feet and the incredible potential of black-and-white film.

Names don’t come any bigger than Ansel Adams; he’s probably the most famous photographer who’s ever lived. Besides developing his own considerable gifts through taking more than 40,000 photographs during his career, he helped refine the science of the medium by co-formulating the Zone System to determine proper exposure for a given shot and, perhaps most importantly, popularized the idea that a camera could be more than a tool for documenting individual moments.
In his words, “Photography is more than a medium for factual communication of ideas; it is a creative art.” For its first century, it simply wasn’t considered an art form, and if that seems strange to us now, it’s because Adams and his successful efforts to develop recognition for his name and work helped elevate the medium in the public consciousness.

Adams was also a staunch environmentalist, joining the Sierra Club at 17 and spending the remainder of his life campaigning for the preservation of nature. He helped organize the first museum photography department at the Museum of Modern Art in New York, created the first academic photography department at the California School of Fine Arts (now the San Francisco
Art Institute) and was awarded the Presidential Medal of Freedom in 1980 by Jimmy Carter for his efforts as a “visionary and environmentalist.”

Organized by the Museum of Photographic Arts in San Diego, the exhibition “Ansel Adams: An American Perspective” will feature nearly 60 examples of his work from 1920 through 1965, including notable highlights such as “Monolith, the Face of Half Dome,” “Yosemite National Park (1927),” “Moonrise, Hernandez, New Mexico (1941)” and “Clearing Winter Storm, Yosemite Valley, California (1944).”

It’s intended to provide an overview of Adams’ life – from his early years when he discovered the beauty and solace of the American West with images of Sierra Nevada, Yosemite Valley and Glacier National Park, to his later portraits of close friends and fellow artists. As the museum puts it, the exhibition “introduces lesser-known aspects of Adams’ work alongside his most celebrated images that, in the age of climate change and urban sprawl, continue to strike a chord in our collective awareness and satisfy our ideas of natural beauty.”

Where Adams was inspired to investigate photography in his adolescence during a particularly inspirational trip to Yosemite and never lost his love for portraying the beauties of the natural landscape, Brett Weston was practically born with silver nitrate in his blood: his father was a renowned photographer (Edward Weston was a co-founder of San Francisco photography conclave Group f/64 with Adams), and from his earliest frames the younger Weston exhibited a knack for abstraction.

Like Adams, Weston began exploring photography in his teens. At the age of 13, he accompanied his father to Mexico, where he was exposed to the works of revolutionary artists like Diego Rivera and José Orozco, who influenced his sense of form and composition – this was the point at which he began taking his own photographs using his father’s camera. He began to exhibit his own works and received international attention after being included in an important German exhibition, eventually exhibiting in Group f/64 alongside his father and Adams himself. Though Weston preferred close-ups to panoramic vistas, he did share with his pioneering predecessor an appreciation for the importance of the individual in the medium’s success: Weston said that “The camera for an artist is just another tool. Beyond the rudiments, it is up to the artist to create art, not the camera.”

Throughout his career, on photographic trips across the country and the world, Weston repeatedly focused (so to speak) on natural subjects like tangled kelp, plant leaves and knotted roots. He exhibited in his craft a preference for high-contrast imagery, examining abstract form more often by concentrating on details – historian Beaumont Newhall credited him as the first artist to make negative space the subject of a photograph.

Concurrently with the Ansel Adams show, the OKC Museum of Art will present “Brett Weston: Land, Sea and Sky,” an exhibition celebrating a recent gift of 150 Weston photographs to the museum from Christian Keesee. That’s unquestionably a large number, but it represents only part of the total picture; since 2004, Keesee has donated a total of 360 photographs, transforming the museum into a major repository of Weston’s oeuvre.

This exhibition will include pieces dating from 1940 to 1985, mainly portraying mud, rock and ice abstractions, and will also feature examples highlighting the artist’s travels to far-flung worldwide locales like Baja California, Michigan, Florida, Alaska, Mexico and Japan.

The dual exhibits “Ansel Adams: An American Perspective” and “Brett Weston: Land, Sea and Sky” will be on display March 15 through June 1 at the Oklahoma City Museum of Art, 415 Couch Drive. For hours or more information, visit okcmoa.com or call 236.3100.