An Artistic Triple Play in the Paseo - 405 Magazine 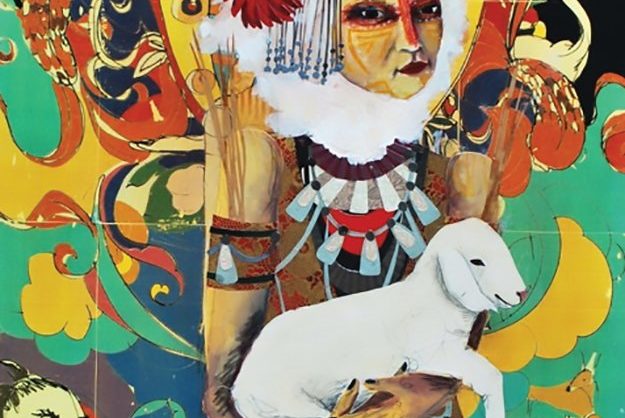 Art Is Much On Our Minds This Month, Though Even If We Weren’t Still In A Creative Appreciation Headspace From Working On Our “Creative Catalysts” Feature (See Page 48), We’d Be Drawn To The Paseo Arts District During November – And You Should Be Too.

With nearly two-dozen galleries displaying engaging creations of every description, there’s something out there this month that will hit your senses just right. Consider the artistic variety on display in merely these three exhibits, then plan a scenic safari to see the panoply for yourself – and remember that the First Friday Gallery Walk from 6-10 p.m. November 7 is an ideal time to take it all in.

If there’s a common trait between Denise Duong and Timothy Chapman, the artists participating in November’s dual exhibit at JRB Art at the Elms (2810 N. Walker Ave., jrbartgallery.com), it’s their work’s sense of exuberant exploration. Duong even told an interviewer that her biggest fear in life is “boredom.” Channeling that joint sense of wonder, of constant creative curiosity, onto canvas results in a bright, sometimes baffling show that’s anything but ennui-inducing. 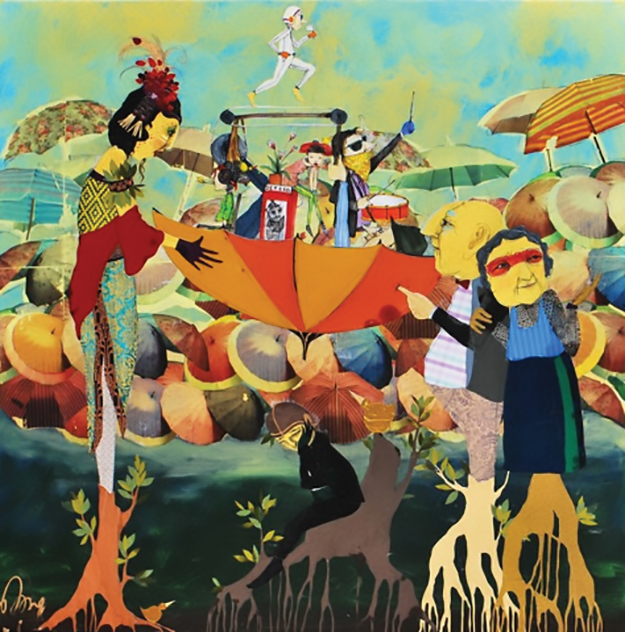 Duong, educated in Chicago and at UCO, creates art that’s energetic, joyous and a little beguiling; each combination of paper, ink and acrylic paint feels like a glimpse at an adventure in progress, frozen in time. Chapman, meanwhile, is fascinated by the animal kingdom, but there’s a touch of unease in his awe – the alumnus of Occidental College, Arizona State and Southern Illinois has a penchant for unnatural twists on natural creatures to prompt a sense of discovery in viewers and create an effect that’s at times almost Boschian in its bizarreness. In the case of both artists, it can be hard to look away. 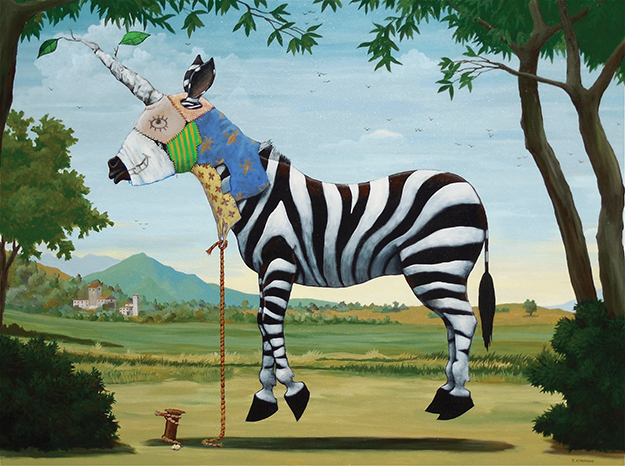 The vases, pots and other sculptures on display in the Summer Wine Gallery (2928-B Paseo St., summerwinegallery.com) this month are delicate, expertly formed examples of the demanding craft of pottery, but there’s a special ingredient that makes the clay creations of renowned sculptor White Antelope unique: after removing a new piece from the kiln, she seizes an extremely small window of opportunity to ornament her smoldering creation with horse hair. The hair fuses with the clay in an unpredictable pattern, making the finished piece a thoroughly irreproducible treasure. 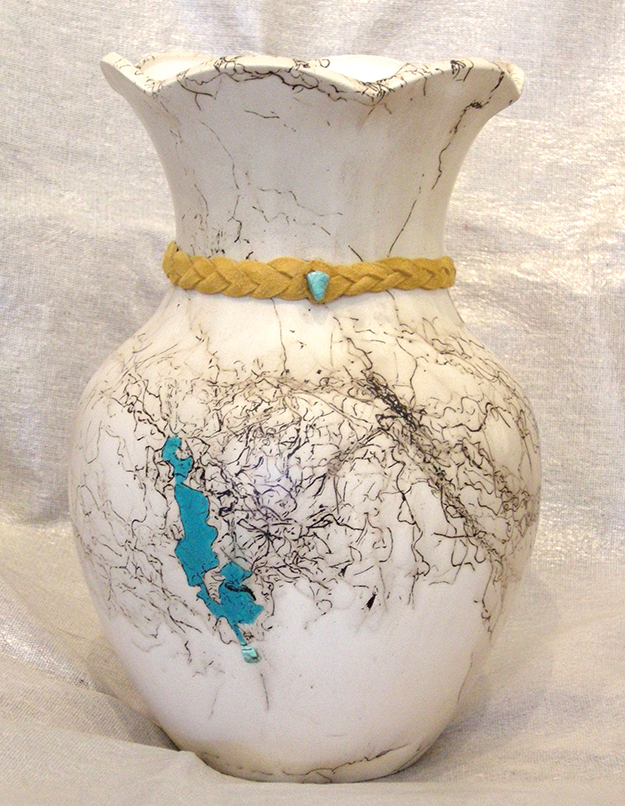 Antelope’s work has been featured on CNN, in the New York Times and in New York City’s Brooklyn Museum – it’s also a neat coincidence that she’s affiliated with the Acoma Pueblo, whose name can be translated as “People of the White Rock.” The artist will make an appearance at the gallery 1-4 p.m. on Sunday, November 23 for a reception and public demonstration.

With a Little Help From His Friends

Chad Woolbright isn’t a fan of the art world’s occasional tendencies toward compulsive categorization and Byzantine, self-aggrandizingly opaque terminology – rather than claiming his work juxtaposes any dualities, he’s likely to say he tried to make it look cool – but as a longtime member of the local creative community, he’s forged a number of artistic friendships, which is why he’s bringing backup to his new show at In Your Eye Gallery (3005-A Paseo St., inyoureyegallery.com). 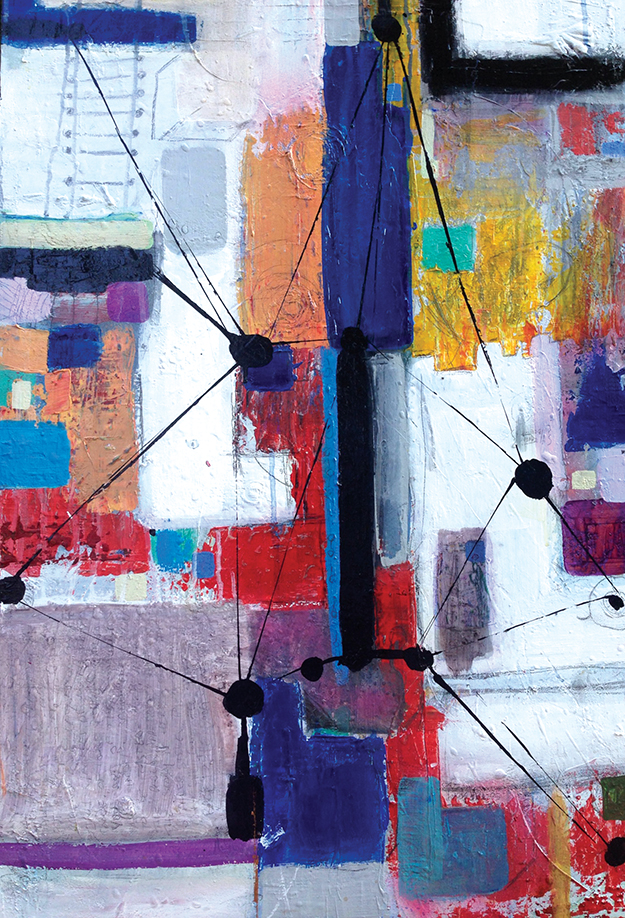 Dubbed “Art Connections” for the constructive passions that brought them together, the show combines pieces from five colleagues: Link Cowen is a sculptor in clay of the human face and form; Danny Deen loves exploring nature and new places almost as much as he loves using a camera to capture dramatic scenes from his travels; Dan Garrett is a sculptor in metal, welding disparate shapes into intriguing abstract designs; Suzanne Peck’s oeuvre ranges from splashy abstracts to fog-enshrouded landscapes; and Woolbright himself likes to use bright acrylics in bold, occasionally strange designs. Together, the friends have crafted a multi-course feast for the eyes.