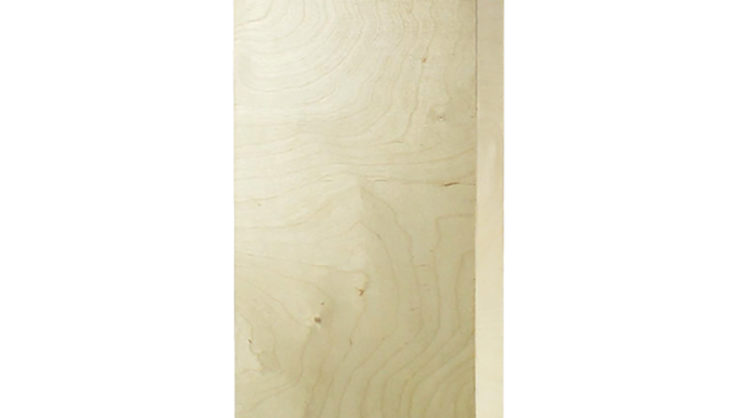 A life spent in exploring and teaching creativity doesn’t mean there’s nothing left to discover in the world of art, as after 35 plus years as an instructor, with 40 focusing on ceramics, LeRoy Schultz is still pursuing new avenues of work. His latest endeavors, examples of which are collected in the new exhibit Contemporary Totems, is on freestanding and wall-mounted wooden sculptural assemblages; items built into remembrances.

OU’s resident ballet company struts its superbly impressive stuff in this annual spring performance – the Oklahoma Festival Ballet weaves physical magic in a program of contemporary and classical works highlighted by the showstopping “Kingdom of the Shades” section from Marcus Petipa’s “La Bayadere.” Whether or not that rings any bells, you’re in for a treat.

Those of us still mourning the end of “Parks and Recreation” (sniff) can take some solace in this: mustachioed man among men Nick Offerman is coming to town to share a stage with his beloved wife and OKC native Megan Mullally, so they can crack wise about their mutual romance, and share way too many humorous details about their energetic amorousness. Seriously, mature audiences only.

Happy birthday, Fine Arts Institute of Edmond! The community creativity organization is turning 30 in 2015, and celebrating with an especially festive Spring Sampler Evening of Art – guests will be feted with fine food and wine, mingle with friends old and new and bid on auction treats including Chihuly art and a trip to Vienna. Here’s to 30 more years.

A Small Touch of Magic

The event is on the 35th floor, but participating kids will be heading down a rabbit hole anyway; odd things just happen in Wonderland. That’s the theme for this year’s Fairy Tale Ball, and Oklahoma Children’s Theater has plenty of practice at putting together a wildly entertaining evening for youngsters, tweens and parents alike in separate segments of celebration – costumes are encouraged.

The legacy of the American West is an unusual mixture of fictionalized hero-worship and genuine larger-than-life derring-do. Some of its greatest legends, real and imagined, are honored annually by the National Cowboy & Western Heritage Museum – the Western Heritage Awards, and its preliminary Jingle Jangle Mingle, are a black-tie pleasure of preserving the best parts of the West.

Song of the Human Spirit

Suffering as few others have, the prisoners of the Theresienstadt concentration camp displayed a monumental strength of spirit in learning and performing a Verdi oratorio – Canterbury Choral Society honors their story as Murry Sidlin conducts the choir in a multimedia concert (featuring survivors’ testimony) called the Defiant Requiem. The performance itself will be beautiful; its history makes it sublime.

Whether you know him from his frequent appearances on “Wait, Wait, Don’t Tell Me” or some of his 20 books written over the last 30-plus years, it should be good news that satirical writer P.J. O’Rourke is headed to town for the Metropolitan Library System’s 13th annual Literary Voices dinner. In fact, it’s good for the community too, since proceeds broaden the reach of library resources.

Four for the Show

They’ve had an excellent run of guest artists, but now that the season is winding down, the musicians of the Brightmusic chamber ensemble are going back to basics. Piano, violin, viola and cello star in a concert titled “The Piano Quartet,” which consists of three takes on its titular composition from Mozart, Brahms and Turina. Intricate, elegant, thoroughly enjoyable.

What was more important than the damage from the 1995 bombing was the city’s response to it; it’s fitting that the Memorial Museum is newly refurbished and expanded, and the OKC Memorial Marathon – now in its 15th year – has grown to a massive event that draws tens of thousands from around the world while still exuding community support for participants. We are not running from our past; we keep racing, and remember.