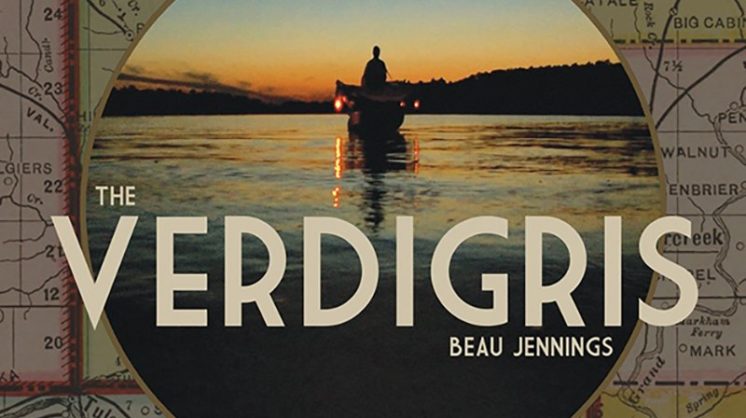 A Well-Traveled Tribute to a Favorite Son

Beau Jennings was living in Brooklyn and working on an album about New York, but his mind kept drifting back home. “I’ve always loved Will Rogers and he always just seemed like the patron saint of where I’m from,” said the Inola, OK native. “The Verdigris River flows from his hometown to mine, and I couldn’t help but see that as a kind of opportunity to grab whatever he sent floating downstream.” And there you have the title and mission of Jennings’ new album: “The Verdigris” is a record years in the making, for which the artist drew inspiration by traveling to locations relevant to Rogers’ life.

His journeys and the songs recorded thereon, sometimes rewritten on the spot to better suit the inspirations provided by the place, will form the basis for an upcoming documentary from Brad Beesley – in the meantime, the studio album provides a hauntingly resonant listen, by turns somber and peaceful and bitter (Side note: “Economy Stupid Blues” is an all-time great title), that is rarely loud but lingers afterward.

Speaking of great Oklahoma names, a group of the state’s stars are joining the ranks of its highest musical honorees – Tom Skinner, Tom Paxton, Jana Jae and the late Otto Gray and His Oklahoma Cowboys, as well as the Apache Tribe of Oklahoma and the late videographer Sherman Halsey, are joining the Oklahoma Music Hall of Fame. The induction ceremony is in Bristow March 14; for tickets or more information visit omhof.com.