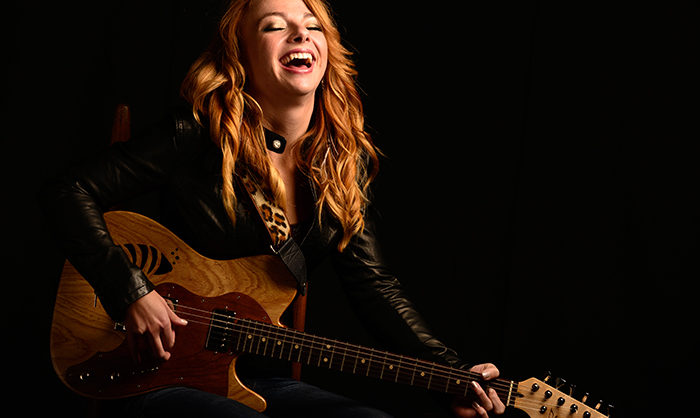 Norman is About to Get Hotter, and that’s cause for celebration. Yes, really. It might seem counterintuitive to get excited about a temperature increase when it’s nearly 100 degrees in the shade, but it truly isn’t: the city’s music scene is catching fire for one sizzling weekend, and a free three-day festival of top-tier acts is no time for audiophiles to play it cool – that’s the job of the jazz and blues-slinging stars performing June 19-21 during Jazz in June.

This will be the 31st annual set for the venerable festival; that’s three solid decades and counting, which means hundreds of thousands of music-lovers have been given reason to smile despite sweltering summer temperatures. The streak continues in 2014, thanks in part to a spotlight appearance from a bandleader who knows a little something about pleasing crowds for many years, and one of the greatest band names you’ll hear in many a long day: Dan Hicks and His Hot Licks.

Hicks performs a special blend of musical genres and influences – country, jazz, swing, pop, even a little bluegrass – that he’s been tinkering with and refining in a career that has seen him go from promising newcomer to mainstay to performance legend. He’s on the north side of 70 now, still dressing sharp and raring to share a few chords and his cheerful voice with listeners, wherever they may be.

Hicks describes his music – self-styled “folk jazz” – as a blend that starts out with a folk music sound to which a jazz beat, solos and singing are added. “It’s kind of light in nature. It’s not loud,” he said. “In a way, it’s carefree.” Listeners during the band’s set anchoring Saturday’s “Jazz in the Park” performances may recognize hints of influences from Tom Waits to Bob Dylan to Django Reinhardt, but the overall voice is unmistakably original, and not a little lighthearted. You don’t spend more than five decades on the road without a sense of humor, after all, and song titles like “How Can I Miss You When You Won’t Go Away?” are evidence of a man still having a good time with his craft.

The dapper chap and his instrumental crew (Hicks and Licks) are far from the only performance draws, too – this isn’t a concert, it’s a conclave of talents spanning three days:

Thursday’s show, titled Blues Under the Stars, is headlined by the powerful roadhouse swagger of Kansas City singer and guitarist Samantha Fish, whose 2011 debut album “Runaway” was honored with the prestigious Blues Music Award. She’s been touring steadily since, mixing and matching influences from Steve Ray Vaughan to the Black Crowes to Tom Petty to Son Volt on the road and on her fierce sophomore album “Black Wind Howlin.’” Simultaneously young and seasoned, Fish is a standout on the crowded KC blues circuit; she’s likely to light Norman up with serious energy. First of all, though, opening the festival will be Dirty Red and the Soul Shakers, whose soul-drenched vocals and blistering licks on harmonica capture the spirit of our own Oklahoma blues scene.

The focus shifts genres on Friday, as the Edmond Jazz Orchestra rings in Jazz Under the Stars. The group pounds out plenty of sound, operating as a 25-piece orchestra that features trumpets, trombones, mellophones, saxophones, drums, percussion, bass and piano. Once they finish their set and clear the stage (however long that takes), it’ll be time to welcome The Charlie Hunter and Scott Amendola Duo. Renowned guitarist Hunter and drummer Amendola have recorded five albums together over the last several years (including 2013’s sensational “Pucker”), happily honing their shared affinity for interplay between their instruments while oscillating between intense grooves and sensual melodies.

In addition to Dan Licks and His Hot Licks (we never get tired of saying that name), Saturday’s slate also boasts an appearance from the Boyd Street Brass, which slings a carefully tuned brew of New Orleans-oriented blues, jazz and funk; and Pidgin, a group whose psychedelic approach to afro-soul music is fueled and boosted by a powerful horn section.

Sound like a sweet enough deal? It’s all thanks to festival underwriters the Oklahoma Arts Council and a marvelous combo of sponsors. Enjoy the sounds of summer!

There’s even more to the festival than the open-air concerts; for those interested in a bit of an encore, conceptually speaking, Jazz in June holds clinics with the artists and after-hours jams. This year’s schedule is:

Clinics with the Artists

Partaking of the musical mélange doesn’t cost a dime; all you have to know is when and where to go.

Life sometimes finds a way to add its own little improvisations, so for the latest scheduling adjustments or a little extra sting of information, visit jazzinjune.org.