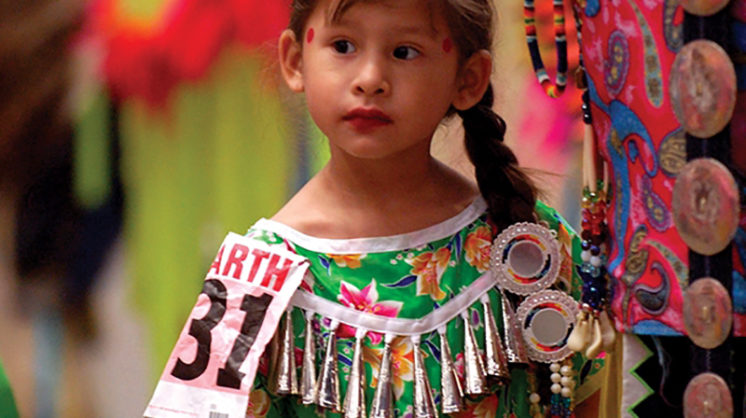 Oklahoma is “the land of the red people”; it’s one of the best places in existence to immerse yourself in Native American traditions and artistry. Yet even here, there is literally nothing else like the Red Earth Festival. Beginning with the immense cavalcade of color and pageantry that forms the parade through downtown and continuing through art exhibitions and dancing displays, it’s three days of exploring, sharing and celebrating Native culture.

Sure, the host facility is the Myriad Gardens, but for their Children’s Garden Festival it’s probably just as accurate to think of it as Zuckerman’s Farm. Step inside an American classic as “Charlotte’s Web” comes to life through Oklahoma Children’s Theatre performances, free arts and crafts, jugglers, balloon animals, all kinds of kids’ activities and nature to enjoy.

Red, White and You

It’s a celebration of Independence Day that goes beyond the day itself; with a community vibe that encourages participation and events that range from a low-stress kite fest to a quick-thinking road rally and a classic car show to a temporary cardboard boat regatta, LibertyFest is an excellent choice if you’re engaged in the pursuit of happiness.

The immense waterfalls of Rauros, the cavernous Mines of Khazad-Dum, the lidless Eye of Sauron atop Barad-Dur … you’re going to need to imagine those. We don’t all have Peter Jackson budgets, after all, and the focus in this performance is unavoidably (and deservedly) fixed on Charles Ross. CityRep welcomes the solo star back to its stage for a fast, funny, thoroughly engrossing tour-de-force in “One-Man Lord of the Rings.”

There’s enough diversion at the Stars and Stripes River Festival that you should probably keep your plans for the day fluid (so to speak): besides the experts racing in the regatta, entrants vying in the Riversport Challenge duathlon, dragon boats competing under the evening spotlights and other races, there’s a free family festival all day and fireworks to top it all off. Home sweet H2Ome.

The Sounds of Summer

The best things in life are free. Exhibit A: a weekend under the stars that spans performances from the Grammy-winning Bill Evans and Soulgrass, Moon Hooch, Nathan James and the Rhythm Scratchers, Kalo, the fabulous Kyle Reid & the Low Swingin’ Chariots and more, plus clinics with the artists, all for the price of nothing more than your rapt attention. Norman’s Jazz in June remains a true joy.

Improved health care is eminently worth toasting, right? Then you might be interested in raising a glass to the future by participating in the champagne tasting event St. Anthony POP! It’s a casual fete that boasts tasty treats, live music, raffle goodies and a lavish array of champagnes and sparkling wines (and a newly increased emphasis on spirits this year) to sip and sample, benefiting the namesake hospital. Cheers!

Bigger, Better, Back for More

One of the great pleasures of living in a city undergoing a cultural renaissance is the pervasive sense of possibility; knowing that with an idea, enough combined talent and effort can pull something like OKC Fest into being. Thanks to guest musicians like Sammy Hagar, the Drive-By Truckers, Rascal Flatts and Clare Dunn, this year’s second installment is set to be an even bigger pleasure.

Spring normally proceeds into summer, but when Oklahoma Shakespeare in the Park decides to begin a new season, anything goes. Witness theatrical magic unfold as the purveyors of classical mastery begin their 31st summer slate with “The Winter’s Tale,” the Bard’s interweaving of jealousy, serendipity, forbidden love and the stage’s most infamous ursine usher.

The prairie is at its prime, the West at its very best, in the eminently prestigious collection of juried art known as the Prix de West. The more than 300 exceptional pieces selected for inclusion are all for sale, and the event’s opening weekend is laden with seminars, panels and demonstrations for which the public are encouraged to register. From collectors to the curious, it’s not to be missed.