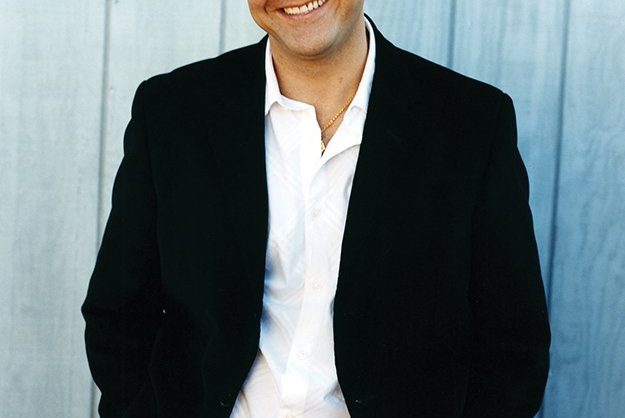 According to One Internationally Best-Selling Author, “a person who wastes his God-given talents is a donkey.” The man had no shortage of talent manifested in his medical practice, but he honed his gift for storytelling and began writing in the mornings before visiting his patients, and now he’s a celebrated novelist with over 40 million copies of his works sold worldwide. What’s the opposite of a donkey? Literary lion Khaled Hosseini is coming to Oklahoma City April 9 as the guest speaker at the Library Endowment Trust’s 12th annual Literary Voices dinner.

Hosseini’s career was born out of culture shock, since at 15 his parents fled the Soviet invasion of Afghanistan for the U.S., where his family lived on welfare and he spoke no English. He was determined to achieve financial security through medicine and successfully became a doctor, but discovered a gift with greater reach in writing: his debut novel “The Kite Runner” spent more than two years atop the New York Times bestseller list and went on to sell over eight million copies in the United States. In 2007 Hosseini’s second novel, “A Thousand Splendid Suns,” sold a million copies its first week.  Last year saw the release of his third book, “And the Mountains Echoed,” which continues his penchant for emotionally resonant stories about familial bonds, and sold three million copies in its first five months.

Beyond his success as a writer, Hosseini has been named a Goodwill Envoy to the United Nations Refugee Agency, and his namesake Foundation has provided aid to women, children and homeless refugees in his native Afghanistan.

The Literary Voices event is presented by the Chickasaw Nation and benefits the Library Endowment Trust, which helps to support the 14 branches and five extensions of the Metropolitan Library System by providing additional funding for programs, materials and services. This year’s event will also include the presentation of the 2014 Lee B. Brawner Lifetime Achievement Award (which honors community members who have made outstanding contributions to libraries and literacy) to Rita Gunter Dearmon.

For aficionados of Hosseini’s work or those appreciative of the power of literature, this should be a moving, memorable event. Don’t hesitate to get tickets; time can be a greedy thing.

The Literary Voices dinner is chaired by Elaine Levy and co-chaired by Cindi Shelby, and will be held at 7 p.m. on Wednesday, April 9, at the Oklahoma City Golf & Country Club. For tickets or more information about the event or the Library Endowment Trust, visit metrolibrary.org/literaryvoices.