Memories of the Twisted House - 405 Magazine 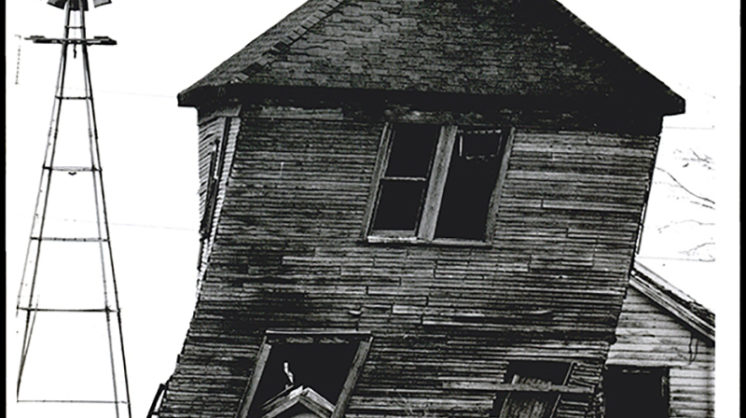 It Didn’t Set Out To Be A Landmark, But A Generation Of Oklahomans Remembers The Old Twisted Farmhouse On Broadway Extension. It sat forlornly just north of Britton Road, back when the Broadway Extension was a narrow corridor connecting Oklahoma City to Edmond. The home was once a boarding house in downtown Oklahoma City. The Highfill family bought and relocated it north just after World War II, but plans to give it a facelift never materialized.

Vandals, curiosity-seekers and Oklahoma weather took their toll and the house began to shift and contort into a “twisted” version of itself. Oklahoma artist Greg Burns immortalized the structure in his painting “Twisted House.”

As the cars and the years whizzed by, the house proudly defied all odds. It remained standing until it was destroyed by a fire in 1978.