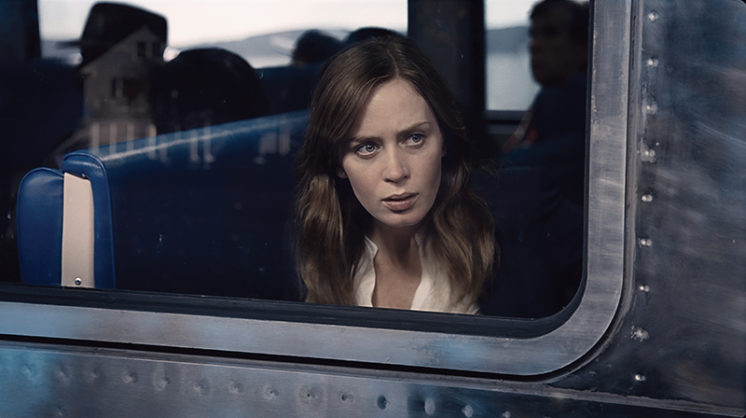 On Oct. 7, the year’s most anticipated thriller is set to hit theaters nationwide. Starring Emily Blunt (Into the Woods, Sicario), and based on Paula Hawkins’ international bestselling novel of the same name, The Girl on the Train is a psychological mindbender that is equal parts voyeuristic, sadistic, heartbreaking and completely riveting.

Rachel, a woman who once believed she had it all, is now divorced and struggling with alcoholism. Her high point each day occurs as her train passes a house where she observes a seemingly blissful couple going about their lives with, at least in her mind, the idyllic verve and tenderness of newlyweds.  One day, however, she witnesses the female half of this blissful duo sharing a passionate kiss with another man – and the next day, the woman has disappeared.

Certain something nefarious has occurred, Rachel, based purely on a hunch, interjects herself into this stranger’s disappearance and suddenly finds herself in a deeper personal downward spiral … and a suspect in the young woman’s disappearance, as well.

With Hitchcockian undertones, a moody mise-en-scène, an unreliable alcoholic narrator and wild twists, the constantly surprising The Girl on the Train is adapted for the screen by writer Erin Cressida Wilson (Chloe) and directed by Tate Taylor (The Help), and is sure to have audiences guessing until the very end.

If that sounds intriguing to you, here are five more topsy-turvy thrillers that promise to leave you on the edge of your seat.

In a compelling legal thriller, Richard Gere stars as an overly confident defense attorney who takes on a pro bono case of a cherubic and misunderstood altar boy accused of violently murdering Chicago’s bishop. The audience initially reviles Gere as a predatory, fame-seeking lawyer and empathizes with the sexually abused misfit. But slowly, thanks to exceptional writing and strong performances, the tables turn. Despite being largely set in and around a courtroom, Edward Norton’s nuanced performance (which ultimately earned him his first of three Oscar nominations) ends with a twist that changed the way movie-goers watched legal dramas.

Another psychological thriller with a mighty twist – a seemingly happy couple’s overnight boat trip seems to go fine until the night Libby, played by Ashley Judd, wakes up to find her husband Nick, played by Bruce Greenwood, missing and the boat covered with blood. Libby is immediately vilified by the press and convicted of murder. After several years in prison, Libby discovers that her husband is actually alive and framed her for his murder. Seeking revenge, she realizes that if she escapes and actually kills her husband, she will prove that she didn’t kill him the first time … and because of double jeopardy laws, she can’t be tried for the same crime twice.

Sleeping with the Enemy

This 1991 thriller starring Julia Roberts raised the bar for heart-stopping thrillers. In it, Roberts plays an abused housewife named Laura, who after years of violence, decides to stage her own disappearance. After relocating to a small town and falling in love with a local college theater professor, Laura finds herself – for the first time in many years – happy. Her happiness can only last so long though, as her husband begins to put together the pieces of her ruse and sets out to bring her home. 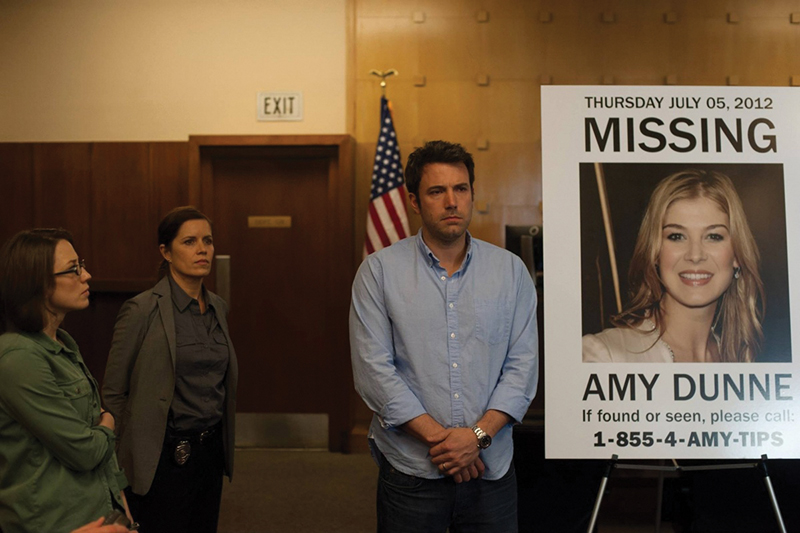 Directed by suspense virtuoso David Fincher (Zodiac, Se7en) and based on the best-selling novel by Gillian Flynn (also the scribe behind the screenplay), Gone Girl proved one of 2014’s most lucrative and critically acclaimed films. One day Nick (Ben Affleck) comes home to find his house ransacked, his wife Amy (Rosamund Pike) missing and himself a prime suspect in her disappearance and presumed murder. Pretty soon, though, we learn that there is something far more insidious to Amy and her sudden absence than meets the eye.

The Girl with the Dragon Tattoo

Also based on a bestselling international thriller and also directed by the masterful David Fincher, The Girl with the Dragon Tattoo stars Daniel Craig as shamed journalist Mikael Blomkvist, who is hired by Christopher Plummer’s reclusive billionaire Henrik Vanger to investigate the murder of his niece. Blomkvist summons the assistance of a dark and troubled hacker, played by Rooney Mara, to help him peel back a troubling onion of problems likely better left unexposed.