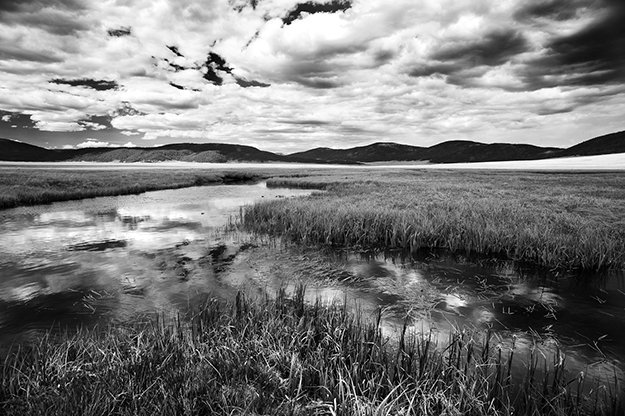 For creative types, finding the motive to make something isn't typically a problem – artists tend to be driven to express themselves through their art.

But what if opportunity were a certainty as well? If a selected group of artists were given a year’s worth of financial support and expert guidance, with a guaranteed exhibition schedule at the end of that period, and simply told to follow their muses … what would be the results?

It’s time to find out.

The Oklahoma Visual Arts Coalition proudly announces the opening of Art 365, a display of the creative work produced over the past year by five selected artists, at the [Artspace] at Untitled gallery on February 28.

The program’s participants were selected from a statewide call for proposals by guest curator Raechell Smith, chief curator and founding director of the H&R Block Artspace at the Kansas City Art Institute. Smith reviewed 60 proposals from artists around Oklahoma and visited 11 of those applicants in their studios before making the final roster, each member of which received a $12,000 grant and curatorial guidance from Smith in crafting their works. The resulting exhibit – spanning media from photography to woven yarn to the air itself – is a captivating demonstration of where creative imaginations can reach given the opportunity to realize their ambitions.

Knox’s input to Art 365 is personal by design and intent; she acknowledges that “the audience is immersed in my emotional psyche.” It’s a natural effect given that her creative focus is on investigating her cultural identity and family history – she decided to travel to the Ukraine to better understand her heritage, but after meeting family members and doing considerable research, she returned to her native America more confused than before. Her artwork since continues her search for greater comprehension using installations, performance and most importantly, food.

The best place to look for Cook is off the beaten track; a photographer with an interest in the preservation of the natural world, he loves exploring remote portions of U.S. National Parks and wilderness areas, seeking pristine landscapes that still exist within our continually developing country. Cook made sure to take a camera along and has produced vivid large-scale prints of his photographic findings for his contribution to Art 365. By capturing places and moments that most will never experience with their own eyes, he seeks to raise awareness of these secluded areas, hoping to prompt others to discover a shared love for the wonders of nature and to encourage further preservation efforts.

“Photographing in the backcountry is not easy,” Cook writes. “The camera is the heaviest item I carry on my hikes, which sometimes last weeks. However, it is the way I am best able to communicate the emotions I feel when alone in these cathedrals of nature that no human work could rival.”

It’s one of the facts of life in Oklahoma, one that a lifelong resident might not even notice until someone points it out: Churches are everywhere. As an Ethiopian immigrant to Oklahoma and a photographer who says, “My work is about how identity is formed in the in-between spaces of cross-cultural encounter,” Gulilat didn’t need to be told. He was struck by the proliferation of these houses of worship; curious not about why there were so many or what differences there were between them, but what racial, political and socioeconomic relationships had formed within and around them. His series of aerial photographs documents church buildings and the areas around them on Sunday mornings, considering what they can tell us about their congregations’ relationships and the roles churches play in their surrounding neighborhoods.

“My intention is to inspire people to slow down and be contemplative,” writes Owens about her tapestry of creativity. The subject she was contemplating is her own road not taken through motherhood, and the term “tapestry” to describe her body of work is especially apt considering that her contribution to this show is a room-sized yarn installation she painstakingly crafted one stitch at a time. Visitors are invited to pause within the warm, nurturing space and reflect on their life decisions, even as Owens has ruminated on her own.

An Assistant Professor of Media Arts at OU, Faubert has considerable practice using her artist’s eye and steady hands in producing noteworthy photography … but for Art 365 she is relying on another body part entirely. She decided to explore the role of smell in our experience of places, and has been busily engaged in collecting and distilling material from five of Oklahoma’s distinct eco-regions. In the same way that the aroma of a tea-soaked madeleine might reawaken memories of trying to read Proust, Faubert hopes that she can translate her experiences of Oklahoma through fragrances, evoking the High Plains or Cross Timbers through a waft of prepared air. In her research, Faubert has taken workshops from national olfactory experts, visited the first-ever scent exhibition at the Museum of Modern Art and assembled a laboratory that would impress a bevy of scientists.

This is the third installment of the Oklahoma Visual Arts Coalition’s Art 365 program, which OVAC executive director Julia Kirt calls “the kind of opportunity that can transform artists’ careers. We see rapid advancements in the Art 365 artists’ work and professionalism as OVAC provides a year of financial, intellectual and logistical support.”

Art 365 will be on display at [ArtSpace] at Untitled, 1 N.E. 3rd St. in downtown Oklahoma City, through May 10, when it will move to the Hardesty Arts Center in Tulsa until August 9. Admission is free – visit art365.org for more details, and enjoy the fruits of inspiration.