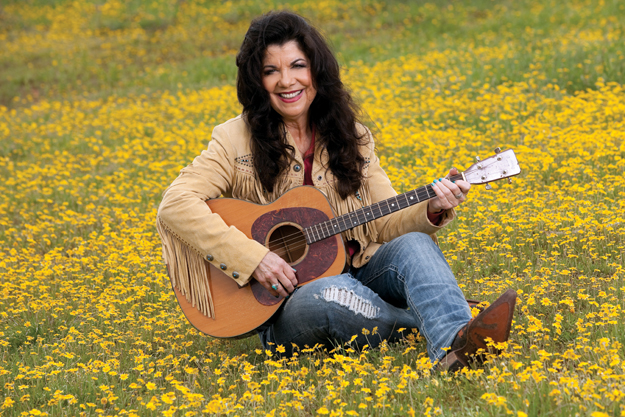 She sang on “American Bandstand” with the Mamas and the Papas. She danced on “Shindig” with Sonny and Cher. She traveled and entertained the troops with Bob Hope. Long before the Flaming Lips, Vince Gill or Reba McEntire, Jody Miller was Oklahoma’s Grammy-winning darling.

Last November, the girl born Myrna Joy Miller turned 70. At a time when many, if not most, might consider resting on their laurels, Jody Miller is still going strong. Real-Gone Music has issued a new CD of Miller’s biggest hits, all digitally remastered. She is working on her memoirs, and even considering going into the studio to cut a new album – her first in a decade.

Back in the early 1960s, Miller and her husband Monty left their hometown of Blanchard and headed for the bright lights of Hollywood. Fellow Oklahoman Dale Robertson, then a star in his own right, helped Jody land a contract with Capitol Records.

“In those early days, folk music was very popular,” Miller said. “I had some of the greatest musicians in the industry on my first albums: Leon Russell, Barney Kessell and Glen Campbell. Cher was an unknown teenager then, and she sang background. I loved folk music, but by 1965 times and music were changing.”

Miller’s producer called and said he had a song he wanted her to record. Roger Miller – another Oklahoma artist, but no relation – had just had a big hit on the pop and country charts with “King of the Road,” and this new song was a woman’s version with the same finger-snapping melody, called “Queen of the House.” Miller recalls that “at the time, I was about two weeks away from having a baby. But I waddled in there and recorded it.

Within a week, “Queen of the House” put the Blanchard native on top of the charts. And by the time the eighth annual Grammy Awards rolled around in 1966, Miller was onstage accepting her very own gramophone statuette.

“Barbra Streisand and Petula Clark had just picked up their Grammys,” she remembers. “Then Jerry Lewis, who was the emcee, called my name. It was like a lightning storm in Oklahoma; when he said ‘Jody Miller,’ all the photographers began snapping pictures.

“Then a funny thing happened. When I got to the stage to accept my award, my mind went blank. All I could think to say was, ‘I want to thank everyone who knows who they are.’ I looked at the audience and my husband was laughing. Jerry Lewis was laughing. And I didn’t mean it to be funny! It just came out that way,” she says with a grin.

As the ’70s rolled around, Miller found herself in Nashville recording with legendary producer Billy Sherrill, who also worked with Tammy Wynette and Tanya Tucker.

“I really loved how Billy made Tammy sound on ‘Stand by Your Man,’” Miller says. “So I called him in Nashville, told him who I was and asked if he would record me. He was taking a gamble because my Capitol Records contract had expired and my career was stone-cold. He just said ‘come on.’ I flew to Nashville and on the dashboard of his car I signed a new contract with Epic Records. He knew instinctively what to do with my voice.”

Through the ’70s and early ’80s, Miller was a fixture on radio stations throughout the land. Hits like “He’s So Fine,” a cover of the old Shirelles song, kept her at the top of the Billboard charts. She headlined in Vegas, appeared on countless television shows and maintained a grueling touring schedule. But she never forgot Oklahoma or her roots.

“I just couldn’t see raising Robin [her daughter] anywhere but Oklahoma,” Miller said. “As time went on, though, I began missing the everyday things. I was missing her childhood. So when it came time to renew my contract, I just shut everything down – screeching halt. I put the guitar in the case and went home to our ranch outside Blanchard.”

Since she was without a contract for the first time in years, Miller did something she had always wanted to do. “I found a small record company in Oklahoma City and cut an album of patriotic songs. I always loved that kind of music, but my labels didn’t think it would sell.”

That album made its way into the “George Bush for President” campaign, and soon she was traveling with the elder Bush, singing the national anthem at his rallies. At a special inaugural reception, the girl from Blanchard was performing at the White House. “I guess he never realized I’m a Democrat,” she laughs.

In the early 1990s, Miller embraced the Christian faith and has devoted much of her recent work to preaching the Gospel. She recorded several albums in that genre, and in 2005 had another number one song on the independent charts called “Supreme Decision.”

Today, she looks back fondly on the music that made her the sweetheart of a generation. “I am very proud of the music I recorded back then. I think it’s great that it’s being re-released so a new generation can experience those songs. We did some incredible things and it sounds just as good today, maybe even moreso since it’s been re-mastered.

“I really have been blessed,” Miller says. “I followed my dreams and managed a successful career. Through it all I avoided the Hollywood pitfalls and show-business catastrophes. I have been married to my high school sweetheart for 50 years. I have a beautiful daughter who has given me a couple of precious grandchildren. And I have a strong faith in God that keeps me going. Not bad for this ‘Queen of the House!’”