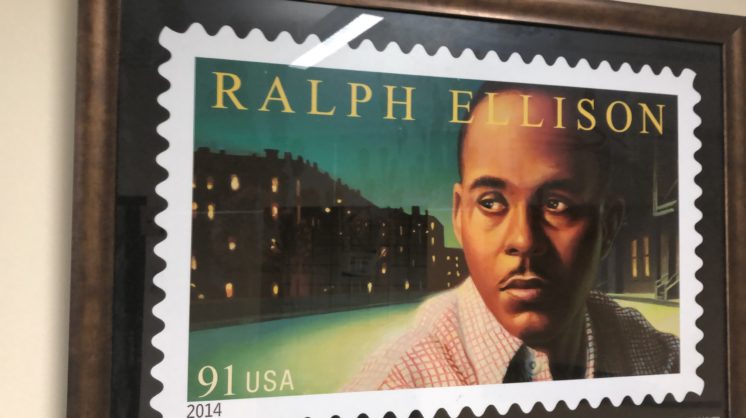 The Ralph Ellison Library, named for Oklahoma City native and famed African American author of The Invisible Man, is celebrating its centennial this year, and is offering special community engagement opportunities for Black History Month.

Throughout February, the library is offering additional programs including performances from the theater group Rhythmically Speaking, an author presentation from Tochi Onyebuchi, and film screenings of I Am Not Your Negro and The Hate U Give.

Another popular feature is a series of historical tours around the city that residents can walk, bike, or even drive around, such as the Ralph Ellison tour. These tours can be found on the library website.

The library also is looking to revitalize its Black History Collection. The collection serves to educate any resident who wants to learn about the Black experience, not only in Oklahoma, but also in the nation. Originally named the Black Heritage Collection, this exclusive compilation found only at the Ralph Ellison Library was made at the request of Ellison himself in written conversations with Lee Brawner, executive director of the Metropolitan Library System over a 27-year span.

“It holds primarily documents that are nonfiction,” said Kimberly Francisco, manager at Ralph

Ellison Library. “We are looking to expand it to include all the literary greats including James Baldwin, Richard Wright, and Toni Morrison. Works that are based on historical fact, but also fiction.”

The oldest branch of the Oklahoma County Metropolitan Library System, the Ralph Ellison Library is providing “Curbside Plus” service, allowing customers to request library materials for curbside or pick up. Computers are socially distanced and it continues to offer copy, fax and scan services, all of which are self-serve, but assistance can be provided. Most community programs have converted to online sessions via Facebook, Zoom or Instagram.

“The pandemic has been awful, but it’s forced us to be innovative and look at new ways to do things,” said Larry “Buddy” Johnson, local library historian. “There are some features that we’ll keep, like the book bags for children that have been extremely popular.” The take-home kits include all the materials needed to do the activity at home.

What would become the Ralph Ellison Library was created out of segregation in April 1921 when the library board voted to close the Carnegie Library, the only library available for African Americans in Oklahoma City at the time, says Francisco. On Dec. 24 of that year, an African American library opened from the original Paul Dunbar branch storefront at 303 North Stiles.  The Dunbar branch moved to a newly constructed building at 631 Northeast Fourth in 1926, built with the support of the Federated Colored Women’s Clubs to serve the city’s Black population.

This was the library Ellison grew up in and where he developed his literary ideas. Ellison was drawn to literature and music, and with encouragement from his teachers, he enrolled in Tuskegee Institute as a music major in the early 1930s.

The library fell victim to the urban renewal wrecking ball in 1968 but was replaced by the Northeast Library in 1970. It was renamed the Ralph Ellison Library in October 1972, after the community insisted on naming the facility after the Oklahoma native author, says Francisco. Ellison made an appearance at the opening of the library in June 1975.