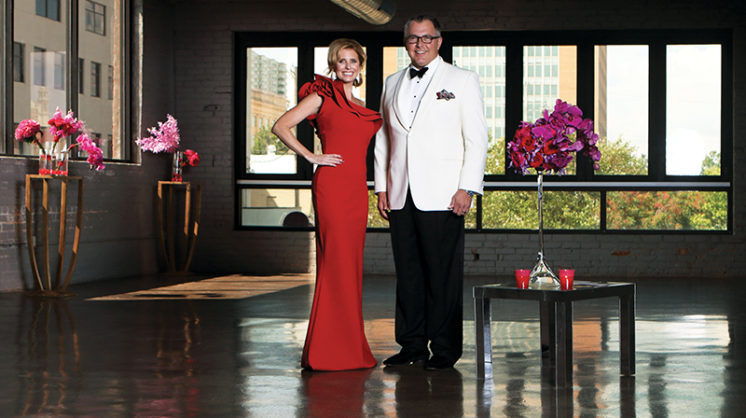 Back in 1981, J.R. and Sue Ellen Ewing were burning up the airwaves on “Dallas.” Olivia Newton-John was getting physical, and the news kept talking about a mysterious new disease called AIDS. A decade later, that disease touched a local family and, in 1991, the Oklahoma AIDS Care Fund was formed. The organization’s largest fundraiser, Red Tie Night, commemorates its 25th anniversary on Saturday, March 4.

“We are kicking things up a notch this year,” says Paula Love, president of the OACF Board of Directors. “Our new location is the National Cowboy and Western Heritage Museum. This year, we are contrasting our traditional classic elements of Red Tie Night with a new modern twist.”

The 25th anniversary gala will honor Barbara Cooper for her pioneering efforts in HIV/AIDS support in Oklahoma City.

“After her son passed away, Barbara and her late husband, Jackie Cooper, made it their life’s mission to raise awareness and funding to help Oklahomans affected by the disease,” Love says. “Very little help was available here in Oklahoma in the early ’90s. The Coopers have served as advocates all these years. They helped reduce the stigma surrounding the disease. They brought together other families who are dealing with loss and grief, and raised more than $12.5 million dedicated to HIV/AIDS prevention, treatment and services.”

Being diagnosed with HIV is not the death sentence it once was, Love said. But it is still a public health crisis and new infections are on the rise, especially among the younger generation.

“We have come a long way in the last 25 years, and we hope one day to report there are no new infections,” she says. “But until then, we need events like Red Tie Night.”

It’s the black-tie event’s silver anniversary, but as always, its true color is red. For tickets and information, visit the OACF website at okaidscarefund.com.