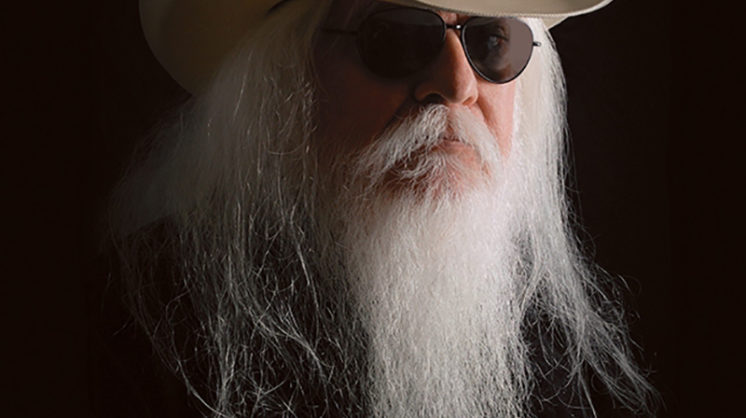 It’s a big, busy Metro out there – If you can’t make it to everything, here’s where to start→

Music remains one of the best ways to bring people together – that’s why the organizers of Guthrie’s new TALOA Festival (its name is derived from a Choctaw word for “to sing”) have worked to make the lineup for this initial gathering a mixture of genres and styles appealing to multiple ages and encouraging cross-cultural commingling. Oklahoma legend Leon Russell, Graham Colton,

This is a noteworthy milestone for the OKC Museum of Art’s Renaissance Ball – 2015 marks the 40th iteration of the gala – but while the tradition becomes more venerable with passing years, the occasion itself still feels glamorously fresh and filled with discovery. Perfectly fitting for an annual celebration of rebirth. Enjoy cocktails, dinner, dancing and black-tie refinement to enable more wonders in the Museum’s future.

“My art is like the Oklahoma wind,” says Bert Seabourn, “constantly changing, growing and finding new directions.” Over the course of his career, its primary direction has been toward increased acclaim, as the painter has won a raft of awards and become a true cultural ambassador for the state. The new exhibit Bert Seabourn: American Expressionist offers a closer look at the oeuvre of one of Oklahoma’s living treasures.

The Place to Party

It’s probably a sign that things are going well for your city if its residents keep organizing more and more public festivals to have fun hanging out with their neighbors. Presenting West Fest, a free block party along the recently renovated stretch of Western Avenue that boasts a local beer garden, food trucks and musical entertainment headlined by the fabulous Jacob Fred Jazz Odyssey. It’s a new event; help start it off right.

The OKC Ballet season generally doesn’t start until October, but this year they’re putting a slightly different spin on proceedings with a special blast from their past. Spectacular cellist Zoe Keating performs live during Exurgency, a whirl of abstract contemporary dance that turned heads when it debuted in 2014, and two world premieres from choreographer Brian Enos and OKC principal dancer Yui Sato seal the deal.

The key word is “all” – the second annual OKC Jazz Festival is a musical cavalcade that will recognize Kent Kidwell, welcome guest performers including pianist David Benoit and the U.S. Navy Band, and suffuse downtown with sound all week: performance locations include Deep Deuce for the kickoff concert, the OKC Civic Center, the bank of the Oklahoma River, Bicentennial Park, various restaurants and the OKC Museum of Art roof terrace.

It would be presumptuous to declare what any Dennis Johnson abstract means; the painter himself prefers to leave that determination to individual viewers. On the other hand, the career retrospective on display at the Nichols Hills gallery definitely represents an unmatched opportunity to engage with such a broad spectrum of the renowned OKC artist’s richly colored work, as it includes pieces from the 1980s up through the last year.

OK, seriously, look at this list: Biz Markie. Young MC. Rob Base. Vanilla Ice. DJ Kool. Tone Loc. The Shawnee casino’s Rappin’ Up the Summer blowout is an outdoor event, which is probably for

A Journey for the Ages

At once vintage and vibrant, carefully preserved and happily used, the titular stops on the annual Heritage Hills Historic Homes Tour represent architecturally engaging examples of how the past and present can coexist – temporal housemates, if you will. Each of the six participating homes and the Overholser Mansion will offer the opportunity for exploration on the excursion, and it’s self-guided, so take your time.

All the World’s a Screen

While the staff of this small movie house doesn’t find itself swept away through the magic of movies into realms of fantasy and romance (it’s less Cinema Paradiso and more cinema ennui), the overlapping fragments of their mundane days add up to a wry, poignant, richly characterized whole in Pulitzer winner The Flick. Join Carpenter Square as the curtain rises on its new season.