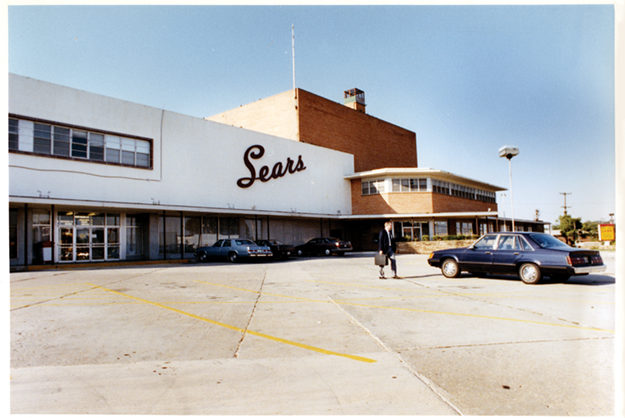 The First Day of School Was Allways a Big Deal. We traipsed off to class in new clothes, purchased in August by our moms as they dragged us behind them, kicking and screaming in protest.

Those stiff new jeans from Sears that said “Husky” across the rear (and sort of announced to the world that you were a “husky.”) Shirts our mothers chose that would have made even the Brady Bunch cringe. On our feet, new pairs of Hush Puppies that pinched our toes after going barefoot all summer.

One of the best parts about a trip to the old Sears store at Northwest 23rd and Penn was riding the three-level escalator, or eating in the snack bar and getting an Icee at the candy counter. The store was built in 1954 and considered a landmark in its day. It is gone now, but here’s how it looked in its prime.