The Art of Deception: Forgeries and Fakes - 405 Magazine 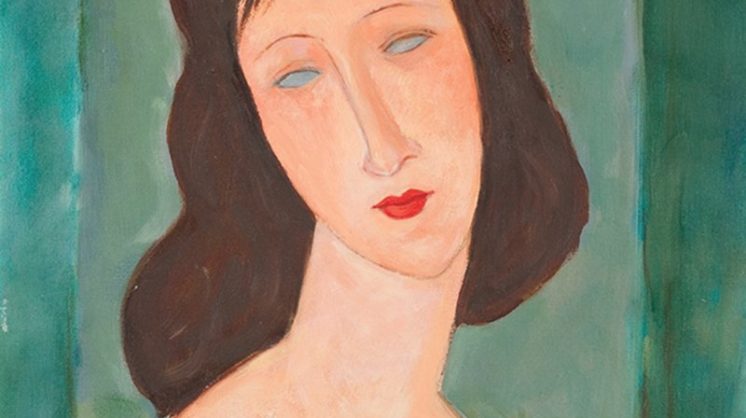 Sometimes That Bronzino Is Fool’s Gold, The Gainsborough Is A Huge Loss Waiting To Happen, A Sargent Should Be Dishonorably Discharged And Your Matisse Perhaps Matisn’t.

Art is fundamentally subjective. Where some people view a famous example of visual creativity and think, “that’s a sublimely gorgeous observation of the wonders of nature or the human condition,” others stare at it a moment and think, “I bet I could do that.” And there’s nothing wrong with the attempt to do so – privately copying a painting is a good way to practice and learn the artist’s style. What’s problematic, though, is when someone decides to take the further step into fraudulence, and claims his creations are the real thing.

Art fraud is a colossal problem – a multi-million dollar headache for museums, personal collectors, dealers and trusts … and people just trying to appreciate the real McCoy. Experts estimate that approximately 40 percent of the pieces circulating in the legitimate art market are inauthentic. Seriously; 40 percent.

But while the prevalence of perfidiousness in the artistic profession continues to create frustrations and uncertainty for those experts, one minor silver lining is that it allows for exhibitions like this one: the Oklahoma City Museum of Art presents “Intent to Deceive: Fakes and Forgeries in the Art World” opening February 14.

The story told in this exhibit is of five prolific forgers from the last century, and of how their specific kind of creativity (theft) continues to cause tremors at the foundation of the art world. “Intent to Deceive” does feature bona fide pieces by masters like Picasso, Daumier, Modigliani and others … alongside a variety of fakes and forgeries in the styles of these far more famous (and therefore more valuable) names. The arrangement encourages visitors to try their eyes at determining which is the verified original and which the top-notch phony, as well as introducing them to a fascinating underworld of names that – had everything gone as planned – no one would have known.

“If my work hangs in a museum long enough, it becomes real.”

To make it big as a forger, you need an in (you can’t sell Rembrandts from a street-corner booth for millions of dollars). With no connections of his own, de Hory fabricated an identity to accompany his fake artworks, claiming to be a Hungarian nobleman forced by political upheaval to sell family holdings in America. And it worked – for a while, anyway. Visitors to the museum can compare an original Philip de László to a de Hory production; see whether you can guess what was revealed by recent ultraviolet and infrared imaging.

“I decided, one fateful day, to revenge myself on the art critics and experts by doing something the likes of which the world has never seen before.”

On trial for treason after World War II, accused of selling Dutch cultural treasures to the Nazis, van Meegeren confessed … that he had sold the art, but it wasn’t priceless, because he had forged it himself – and then proved it by painting a similar fake in the courtroom. He was among the first of the 20th century’s great forgers; this exhibit features a painting visible in the background of two real Vermeers, which was eventually exposed a fraud through X-ray fluorescence.

“I was soon to get into the habit of donating pictures to museums. Being treated so nicely by people was something I was unfamiliar with and I liked it very much.”

Landis may be the most famous art counterfeiter who technically never committed a crime. The OKC Museum of Art was instrumental in publicly exposing his deceptions: for the past 30 years Landis, under a variety of aliases and identities, has donated works of art to museums and universities around the country. They’re all fake, painted by Landis himself, but since he’s not asking for anything in return he’s not in violation of any laws. He’s still out there somewhere, in fact. You’d need a microscope to see the telltale pattern of pixels that identifies the work as having a digital origin, but you can admire the quality of his craft in “Intent to Deceive.”

“In prison, they called me Picasso.”

Myatt’s story, on the other hand, is more mundane – tempted into crime against his better judgment by the lure of financial gain and desire to provide better for his family than his honest career (he sold avowed “genuine fakes”) could. The unusual aspect is the scope of his partnership’s endeavor; Myatt forged over 200 paintings and with his partner John Drewe did immense damage to the historical record. He confessed, helped convict Drewe, served some time and is now again producing fakes (clearly marked this time). His Picasso and Matisse impressions will hang alongside originals so guests can try to spot the telltale deviations.

Hebborn has a classic “master criminal” narrative: he was genuinely great, he became obsessed with proving himself the best, he made a single mistake that proved his undoing. He trained at Britain’s Royal Academy but grew frustrated by his lack of professional success; when he discovered how well his affinity for restoration dovetailed to enhance his skills at creating fake vintage paintings, he began concentrating not on personal profit for its own sake but on deliberately fooling historical experts. And he was very good – his forgeries were practically undetectable – until a curator happened to notice two drawings attributed to different artists were on identical paper, and the experts he so derided tracked the paper back to Hebborn.

Curated by art fraud expert Colette Loll and organized for tour by International Arts & Artists, “Intent to Deceive” will be on view at the OKC Museum of Art through May 10. Check okcmoa.com for details and accompanying programming – no fooling.