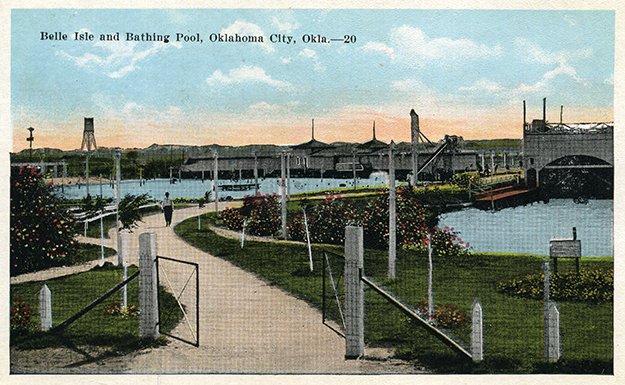 At first glance it could be a turn-of-the-century look at Paris’ famed Champs-Élysées In reality, it was an oasis in the middle of an undeveloped Oklahoma City prairie named “Belle Isle.”

The Belle Isle Lake was built at the beginning of statehood as a way to generate power for the local streetcar system. An amusement park and carousel were added, and Belle Isle became a favorite hot spot for the bustling new city. The “Great Houdini” performed there, while the pavilion, boardwalk and “Honey Moon Bridge” were popular among the young couples of the day.