The Sound of Silver - 405 Magazine 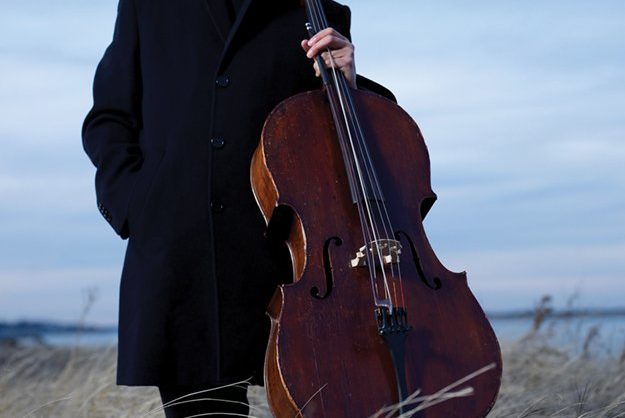 The Year Was 1988. The U.S.S.R. Was attempting Perestroika, Sonny Bono was the mayor of Palm Springs and Bobby McFerrin hit it big with “Don’t Worry, Be Happy” … and a mustachioed Joel Levine stepped onto the podium to conduct the newly formed Oklahoma City Philharmonic. A quarter of a century later, the mustache has gone the way of the Soviet Union, but Maestro Levine is still at the baton, and he and the city’s orchestra are about to launch into a season-long celebration of 25 years of making beautiful music together.

“There’s an excitement about this season that’s very real,” says the venerable conductor before enthusing about the historical documentation and memorabilia that will accompany this year’s performances, spanning back across the 80-year history of orchestral performance in Oklahoma City. Levine says he hoped all those years ago that he’d still be involved today, and is happy to share credit with an involved public and dedicated musicians and staff alike. Fundamentally speaking, “We try to make it fun, while enriching people’s lives through hearing masterpieces. The idea is that people should walk out feeling good about having gone – ‘I’m glad I went and I had a great time.’”

The season begins with a robust dose of Ermanno Wolf-Ferrari, Saint-Saens and Tchaikovsky. And speaking of robust, the powerful playing of guest pianist Andrew Von Oeyen is positively thrilling.

A performance slate anchored by the namesake symphony is embroidered by a mesmerizing display of speed and grace from guest Stradivarius-wielder Jennifer Koh, as well as Smetana’s fluidly patriotic “The Moldau.”

Garrick Ohlsson has an unusually large reach at the keyboard and an exceptionally vast performance repertoire, though he’ll confine himself to Brahms’ Piano Concerto No. 1 in this legendary evening.

“Prodigy” is a good word for Conrad Tao – besides being a lauded pianist and violinist and composer, he was five years shy of being born at the time of the OKC Philharmonic’s first season. He’ll be pounding out Prokofiev’s Piano Concerto No. 1 to kick off 2014.

February is a season for romance, making the month a perfect time to showcase two great Romantic composers – though the verb “showcase” might be better used in reference to the dizzying virtuosity of guest violinist Sarah Chang.

It’s a double bill for March, and the orchestra’s rendition of Mahler’s “Titan” symphony is especially apt considering the two masters of their instruments who star in Mozart’s Concerto for Flute and Harp: Marina Piccinini and Yolanda Kondonassis, respectively.

Why not put his name in the title? He’s not merely among the greatest living artists on the cello; he’s one of the world’s most widely renowned instrumental musicians, period. Maestro Levine recalled Ma’s previous OKC performance in September 2003, and pointed out that “he could be playing anywhere in the world on any given night; if he did not enjoy [visiting the metro] the first time, he would not be back a second.” The Philharmonic’s presentation of Rimsky-Korsakov’s “Scheherazade” is not to be missed, but it’s the unbroken beauty of Schumann’s Cello Concerto that will sell out this show.

This is the way the season will end: not with a whimper, but a bang. Or, more accurately, a bunch of booms. After a rousing set of orchestral favorites – Debussy, Borodin, Ravel – Maestro Levine will bring the house down with the traditional season-ender from back in the good old days, and one of the most explosively enjoyable concert works ever penned.

The Philharmonic plumbs the final frontier for musical treats ranging from iconic space movie scores to sci-fi TV themes. Oh, and you may know the guest host: the one and only George Takei.

Dancing, singing, theater, glittery costumes and resonant carols – a White Christmas is guaranteed, at least in the Civic Center, as George Dvorsky and Gwendolyn Jones star in a seasonal spectacular.

Groove to harmonious ’60s-centric classics from the Fab Four, the Four Seasons and more, courtesy of four stars from the original cast of “Jersey Boys.”

The Music of Queen

The heat is on as orchestral backing pushes the mercury to new heights in a high-energy rock tribute to Queen, featuring vocals from Vegas vet Brody Bolyniuk.

The audience calls the shots in a powerhouse show starring Lisa Vroman, Ron Raines and Karen Ziemba – Blank is at the baton, but it’s fan ballots that will choose the music.

His website lists his discography as a staggering 49 albums over a 54-year-and-counting career. The lifelong songwriter performs a melodious evening of hits from his own catalog.

Tickets for OKC Philharmonic shows tend to be hot items anyway, and with a slate this special in the offing … well, bear in mind that season subscribers enjoy admission to the entire performance lineup. Legendary guest cellists and all. For tickets or more information,
visit okcphilharmonic.org or call 842.5387.