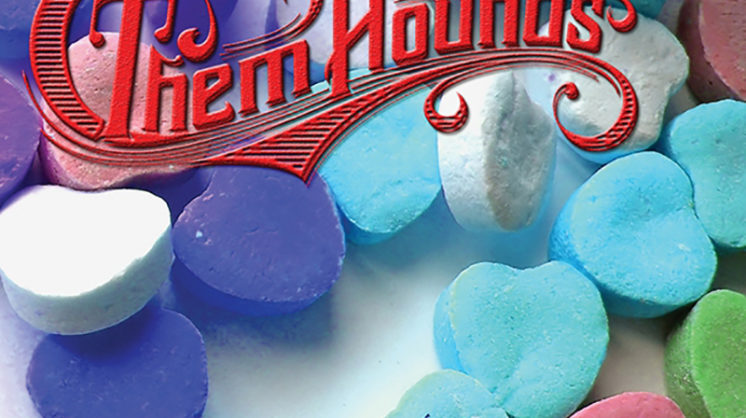 Back With a Howl: Them Hounds Unleash a Heart Attack

About a minute and a half into the opening title track of “Heart Attack,” Erin Ames repeats a chorus and suddenly flings her voice upward into a triumphant, pulsing vibrato scream – Them Hounds are back. The OKC psychedelic blues quintet still put on a raging live show (as demonstrated at Norman Music Festival) but have left the at-home listener empty-handed since their eponymous 2013 debut … until now, with the release of a sizzling EP. The tweaked lineup – ferocious, fuzz-edged bass from Johnny Bohlen and dizzying lead guitar work by Philip Eller, plus Chris Lashley on guitar and Kolby Purdum on drums – sounds muscular and richly layered, and Ames remains a masterful force on the mic, combining for a sonic texture that should draw favorable comparisons to The Dead Weather.

The worst part about “Heart Attack” is its duration; five songs is too few for those of us who love the Them Hounds sound. As “Whiskey Valley” winds and grinds to a close with the instruments dropping out to leave Ames’ voice alone for a few final melodiously melancholy “Whoa-oh”s, it’s clear the EP is aptly named; there’s a definite pang of loss at the realization it’s over already. Head back to the studio soon, sirs and ma’am.