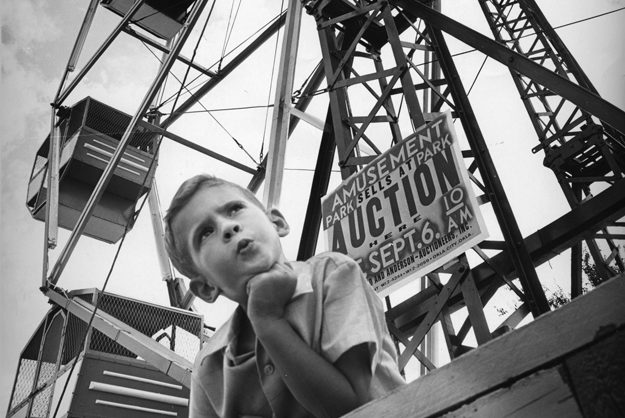 Back in the days of bouffant hairdos, drive-in movies and the innocence of youth, Oklahomans of all ages flocked to Wedgewood Village Amusement Park.

Situated on the then-outskirts of Oklahoma City, Wedgewood Village occupied the north side of Northwest Expressway at 63rd Street. For over a decade, Wedgewood was the place to be.

Owner Maurice Woods originally built the park as a golf course in 1958, naming it for a “wedge” and “wood” golf club. During its heyday Wedgewood was home to a number of rides, most notably The Tornado – a 75-foot-tall wooden roller coaster.

Some of the biggest musical acts of the 1960s performed at the park, including Johnny Rivers, Herman’s Hermits and The Who.

The park closed in 1969, and today the Olympic-sized swimming pool is about all that remains, with the Wedgewood Village Apartments built around it.