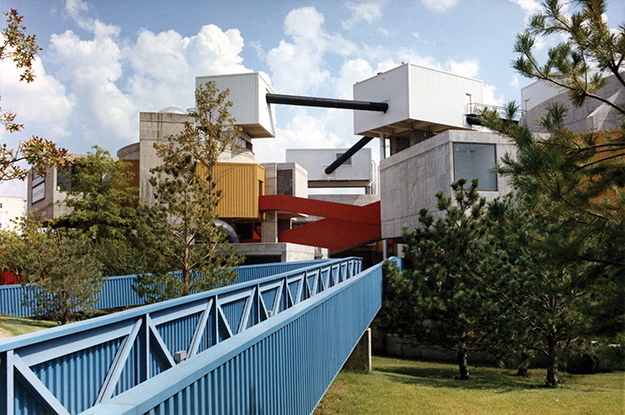 IT WAS THE DAWNING OF THE AGE OF AQUARIUS. People were turning on, tuning in and dropping out.

Oklahoma City became the unlikely setting for a new theater designed by renowned architect John M. Johansen. Originally known as “Mummers,” the first sketches were drawn in 1965. It opened to critical acclaim in 1970, and led to Johansen receiving the American Institute of Architects Honors Award. It was featured in Time magazine and drew world-wide attention.

But Oklahoma City residents either loved it or they hated it, with no middle ground. “Oklahoma City’s more conservative people dislike the Mummers Theater because it reminds them of a factory,” wrote Robert Hughes in a 1971 issue of Time.

The theater’s latest occupant, Stage Center, abandoned the building following a 2010 flood. Today, the theater that symbolized the movement of a generation is set to be demolished.