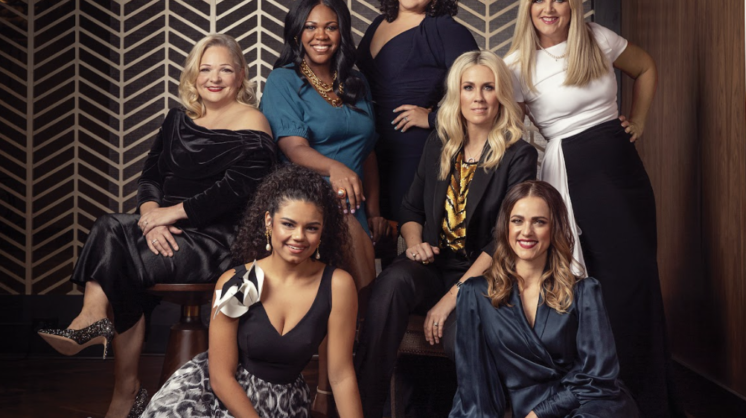 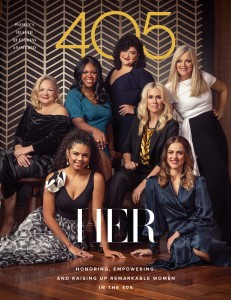 You know how sometimes things just work out? And that’s how you know it’s right or even meant to be? I’m not one to give up easily, but darn if it’s not lovely when the stars align.

That is how we feel about the October issue. For several members of the 405 Magazine team, the annual HER issue is our favorite of the year. HER stands for Honoring, Empowering, and Raising up women. As we pored over the vast number of submissions of amazing women, we were deeplymoved. With everything going on in the world right now, it brings me great hope to see the beautiful side of humanity at work in our city.

The seven women chosen this year as HER Award recipients will blow you away. They are changing the game, improving the lives of others, and creating a promising future for Oklahoma city.

When we decided to attempt to get them all in one group cover photo, we understood that it was a long shot. But in true OKC fashion, that’s never stopped us before. As we made the phone calls to the women to them them they had been selected, and asked them if they were available … 1, 2, 3 yeses … ALL 7 (?!?) Seven of the busiest and most productive women in town could all make it at the same time on the same day? It was truly a scheduling miracle. Plus, we were able to shoot it in one of the brightest and shiniest new additions to our state, the Omni Hotel, under the direction of brilliant photographer Shevaun Williams. And thus we present to you the HER October cover and feature story.

Woman of the Year, Rachel Cannon

Entertainment executive, entrepreneur, television actress, writer and producer. Spearheading the growth of film and television in Oklahoma City through her work with Prairie Surf Media, a global media production company whose facilities, Prairie Surf Studios, contain the largest sound stage in the Midwest. Rachel’s work will boost our economy while providing jobs for years to come.

Oncologist and Hematologist at Mercy Hospital. Named as Leukemia & Lymphoma Society‘s Oklahoma Chapter 2020 Woman of the Year. Considered one of the top blood disorders specialists in the region.

President and CEO of Allied Arts in Oklahoma City, where she has worked to strengthen the cultural community for 20 years. Under her leadership, Allied Arts has infused more than $82 million in support of central Oklahoma’s cultural and arts community.

DIY home designer and blogger focusing on woodworking and home improvement projects. Made a national media splash with her appearance on NBC’s Making It and features in People Magazine and Better Homes and Gardens.

Community advocate for those in need and those coming out of prison. Owner and founder of Second Chance Thrift Store. Employs former incarcerated people and feeds and clothes the homeless that stop by her thrift store on a daily basis.

Brace yourself: The women of HER 2021 are nothing less than phenomenal, dedicating their lives to improving ours. They are our ambassadors and role models, uncovering what is good, shaping it to its highest level, and amplifying it so that it resonates throughout our community. What they do and who they are have become one and the same. They are titans of industry, altruists, artists—and every one of them is inspirational.